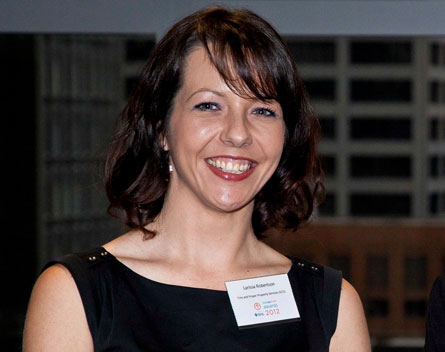 SCO Recruitment and its dynamic founder Larissa Robertson appears to be the perennial bridesmaid of the StartupSmart Awards, but never the bride. The business has been runner-up for three years in a row now. But this shouldn’t deflect from the astonishing achievement of Robertson, nor the great year it has had.

Revenue of $12.7 million has grown to nearly $14.5 million in the past financial year, with the business still a sprightly four-years-old.

The background to SCO Recruitment, which provides workers for the local government and industrial sectors, is a story worth repeating.

Robertson was financial controller of Spectrum Employment Services Cooperative until it was liquidated in May 2009. On a mission to save as many jobs as possible, Robertson took over the shell of the business entirely on her shoulders, after the management rejected her rescue plan.

Believing that she could save the jobs of many of the 250 people at the firm, Robertson managed to take on 180 of them.

But not only was she facing the challenge of running her first business, she also had to deal with the immediate complications of becoming pregnant and, less happily, losing a multimillion dollar client.

She recalls: “I really didn’t know if I knew what I was doing or not and everything moved so fast. Not everyone sticks by what they agree to either.”

Robertson says she learnt not to take any verbal agreements on face value and to allow for a certain number of things to go wrong. She has also tried to create a new way of working, which has resulted in high staff retention and a trail of happy clients.

“The recruitment industry is known to be very harsh and unfair and I decided it would be great to prove that is not the best model to work with,” she says.