Five startups that shook the scene 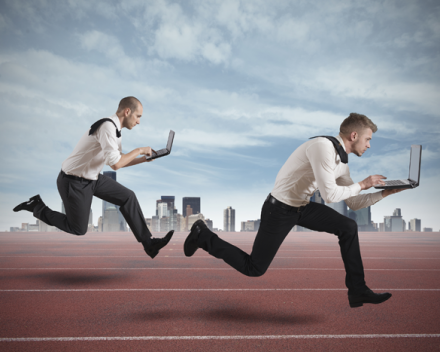 Disrupting an entire market takes grit and determination. Here are five startups that successfully challenged the status quo and forged a new path.

One of the most successful startups in Australia is 99designs, which has grown to 240,000 registered users across 190 countries.

The business launched in 2008 in what was a humble and organic beginning, starting off as an offshoot of one of Australia’s other great startup success stories, SitePoint.

It was launched by Mark Harbottle and Canadian Matt Mickiewicz, who noticed users started competing in a thread to identify the best designer, and from this the concept of design contests were born.

Since then, the company has grown from a handful of people in Melbourne to more than 100 employees in cities including Berlin, Paris, London and San Francisco.

Online graphic design platform Canva shook the scene by replacing the expensive, complicated software that put design out of reach for most people, and making it simple to create social media graphics, presentations, posters, invitations and more.

The Australian company was launched by Melanie Perkins and Cliff Obrecht after the pair took out a loan and brought in a tech team to build Fusion Books, which is now the largest school yearbook publisher in Australia and has expanded into France and New Zealand.

Having recently raised an additional $3.6 million in funding, Canva has grown to 600,000 users who have created more than 3.5 million designs, and enabled other websites to integrate Canva’s design capabilities.

The recently unveiled Canva Button is a new plug-in for third-party websites that allows users to create graphics.

This Sydney-based enterprise software company helps organisations plan, build and launch software. It is best known for its issue-tracking application JIRA and its team-collaboration product Confluence.

The company was founded in 2002 by Mike Cannon-Brookes and Scott Farquhar, and customers include Citigroup, eBay, Netflix and Nike.

Atlassian has more than 35,000 customers around the world, employs over 800 people and has offices in Sydney, Amsterdam and San Francisco. The company was recently valued at $159 million.

LIFX reinvented the light bulb, debuting its innovative smart home device on crowdfunding site Kickstarter in September 2012 with backers pledging a total of $1.3 million in just six days. It raised an additional $2.1 million from investors. Eight weeks after the Kickstarter campaign, lighting company Philips Australia released the HUE bulb onto the market.

LIFX lights are brighter than regular bulbs, can be controlled through any device with Wifi and last up to 25 years. In addition to changing colours, there’s a sleep mode that dims the light at night and brightens the light in the morning. The team is led by founder and inventor Phil Bosua.

Sydney-based Campaign Monitor is an email marketing company that launched in 2004 and now has 65 employees across 19 cities, and more than 100,000 paying customers.

Co-founded by life-long friends David Greiner and Ben Richardson during their final year of university in Wollongong, the business now sends one billion emails a month.
Campaign Monitor has been profitable since day one, allowing the pair to self-fund the business up until recently, when it secured a US$250 million investment from Insight Venture Partners. The investment will help the company capitalise on the global demand for email marketing solutions and build a global team to better serve international customers.
Written by: Nina Hendy