Grand disruption: how startups can impact the Australian business scene 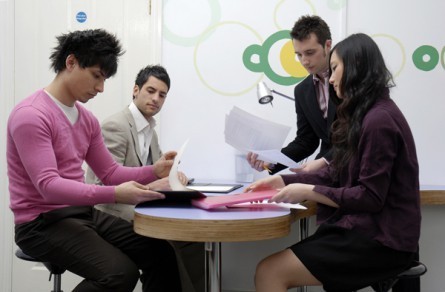 A 2013 report reveals the Australian business scene is an environment ripe for disruption. Here’s how startups can identify and take advantage of the opportunities.

Getting your startup to disrupt an entire market is a thrilling prospect for anyone. But actually causing a major disruption isn’t easy.

The good news is that the Australian business scene is an environment ripe for disruption, according to a report commissioned last year by Google Australia and undertaken by PricewaterhouseCoopers Australia.

The report, called The Startup Economy, made global comparisons with other technology startup ecosystems and revealed there’s no better time to be an entrepreneur in Australia with plenty of disruption opportunities.

More than three out of four tech startups are targeting the information media and telecommunucations sector, but there are golden opportunities for startups to tap into other larger industries such as finance, insurance and manufacturing. The healthcare and social assistance sectors also provide great opportunities over the longer term, it found.

Put simply, true disruption is about catching a wave and following it through, according to Peter Bradd, entrepreneur-in-residence at Fusion Co-innovation Labs and founding director of StartupAUS.

“Tech startups often find an unaddressed market that solves a problem incumbents didn’t find the time to solve. They’re happy to push blurred lines, and often don’t have an existing brand or even an existing business model they’re trying to protect.”

As the founding director of Sydney co-working space and entrepreneur community Fishburners, Bradd is surrounded by superstar startups forging disruptive paths every day.

It’s a hive of activity, where both fledgling and multi-million dollar startups rub shoulders, fuelling a constant pattern of disruptive behaviour. He’s seen many fail, and many succeed. The difference between the two is simple, he says.

“Those that succeed are the ones obsessed with the customer and their experience, and also have huge momentum behind them.”

Put simply, people will buy something if you come along and solve a problem, and can give them that solution in a cheaper way.

“Often, it’s about bringing to market an over-the-top tech experience that finds a better way to solve a customer problem,” he says.

Apple did this to perfection when it released the iPod in a market flooded with portable compact disc players and Walkmans, instantly putting 1000 songs into people’s pockets, he says.

“Disrupting a market is about being open to new ideas. Some disrupters are copying successful business models overseas and tweaking them for a local market, which increases their chances of success.

“Others set out to solve problems that aren’t yet solved by incumbents and these startups often end up shifting some or all of the customers toward their offering.”

Bradd says startups often raise huge amounts of money from other great disrupters, such as taxi service Uber, which raised US$285 million from Google Ventures last year. This saw Google tap into the niche skillsets of these incredible disrupters, he says.

“We’re seeing examples of market incumbents starting to explore open innovation models, where they leverage their existing under-utilised assets such as their brand, distribution and data, and open this up to tech startups to create new businesses and new revenue streams.”

“It’s not about getting your product completely perfect. Your idea of perfect is not always going to get the response you want from customers and users. As long as it’s ready to use, go out and test it so that you don’t run the risk of spending a huge amount of time on something that’s not going to convert. Remember, time in a startup is a very valuable resource,” Song says.
Written by: Nina Hendy