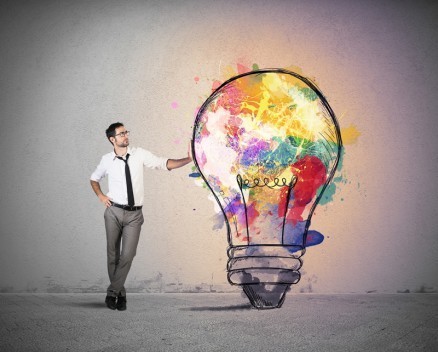 Some startups are driven by a desire to forge a completely new path and change the way consumers consume. We take a look at what sets them apart from the rest.

Not all startups are the same – plenty can prove their idea has legs and are making money along the way, but only some extraordinary startups are challenging the status quo and disrupting entire industries.

For these startups, failure isn’t an option. Their aim is to forge a completely new path; to change the way consumers consume and encourage society to move forward in new ways.

These exceptional startups are built differently, for them disrupting is in their DNA.

Some of the most disruptive behaviour in Australia right now is coming from those in the tech space, think 99designs, Canva, Atlassian, Pozible and Envato.

There are also plenty of impressive disrupters emerging in the finance and payments space, including FinSuite and Pocketbook.

Bridget Loudon, co-founder and CEO of Australian-based online expert consultant marketplace Expert360, describes a disrupter well, having done it herself. Expert360 is disrupting the lucrative consulting market by matching small and medium businesses with top freelancers for project work, who pay a fraction of what they would through a firm or agency.

Chief disrupters go against the grain. This isn’t comfortable, and something mostly done by young entrepreneurs who have never experienced inhibition or fear of failure, Loudon says.

“To disrupt, firstly you have to step off your corporate path and realise it’s not the end of the world. This step alone is too scary for 95% of people, who stay put in their job.

“After you’ve stepped off the path, you’ve got to get out there and create change – challenge a model, idea, market or product with your solution,” she says.

Disrupters set out to mark their territory, and while the stakes are higher, disrupters are more likely to build a startup that will be an overnight success, and enjoy fame and fortune along the way, Loudon says.

“True disrupters are the ones out there trying to make life easier for everyone else with their new product or service. They’re literally challenging the status quo, and that’s not always an easy path to take.”

Tim Fung, director of Tank Stream Ventures, says disrupters should be celebrated, because they’re the ones driving our society towards change for the better.

Fung is the co-founder Airtasker, of an online marketplace where people can outsource tasks, which he created together with Jono Lui after struggling to find someone to help him move apartments.

“Disrupters are the ones out there dreaming up the best possible way to solve a problem from a customer perspective, and then finding a way to do it. They’ve living and breathing their startup, and constantly looking at how they can do things better.

“For startups, disrupting can be the only way to gain an edge amid the fundamental economic mechanisms that are usually advantageous to existing companies; like economies of scale, purchasing power and data aggregation.”

And despite what some might think, disrupting doesn’t always come down to experience, he says.

“Naivety and freshness is a huge advantage when starting a business. If you analysed what disrupting means and how you are going to do it, you probably wouldn’t even give it a go. But when you’re starting out and trying to find a way to get your startup off the ground, you just jump in.”