Crowdfunding laws – good news for the startup community or missed opportunity for the government? 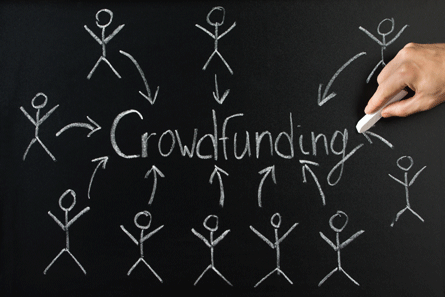 It is fair to say that the new proposed draft legislation for crowd-sourced equity funding (CSF) has not been well received by the startup community.

On the face of it, the regulations would give startups and smaller businesses the ability to raise funds from small investors, and give small investors access to new investment opportunities.

Yet the Government has “missed” a broader opportunity to overhaul the current corporate framework in Australia to allow proprietary companies to use CSF, says law firm McCullough Robertson’s Senior Associate Ben Wood.

Considering that around 99% of all startups are proprietary companies, a key concern has been the requirement for crowd funders to register (or convert) to become a public company, says Wood.

“This includes the requirement to have at least three directors (two of which must be Australian residents)… which is likely to present particular difficulties for a number of startups.”

On the flip side, the new laws, if implemented, will open up startup ventures (that register as public companies) to a wider group of potential investors. This is a positive move as previously only sophisticated and professional investors, or close friends and family, had any real opportunity of participating in the early stages, says Wood.

To help understand the legal intricacies of the announcement, Wood has outlined some key elements of CSF.

On making a CSF offer

The company’s CSF offer document will, amongst other matters, need to include mandatory risk warnings, provide for a five day cooling off period and set a maximum three-month offer period.

In the meantime, await further developments

It will be interesting to see how things develop this year – how staunch the Labor opposition will be, for example – but don’t move on CSF too soon; the bill is not yet law and is still subject to further debate.

“Focus on your business, product and service offering, to put yourself in the best position to raise funds once CSF is available to you. Also look at existing crowd funding sites and campaigns to get a feel for what it is about, as well as gauge potential competitors.”

You may also want to hold off on registering or converting to a public company until there is further clarity on the law, advises Wood.

The new proposed Corporations Regulations are also still to be released. The regulations will give you clearer guidance on a number of aspects for CSF, such as the proposed content for the CSF offer document.

Want further details on crowd-sourced equity funding? Get in touch with McCullough Robertson for support and advice.