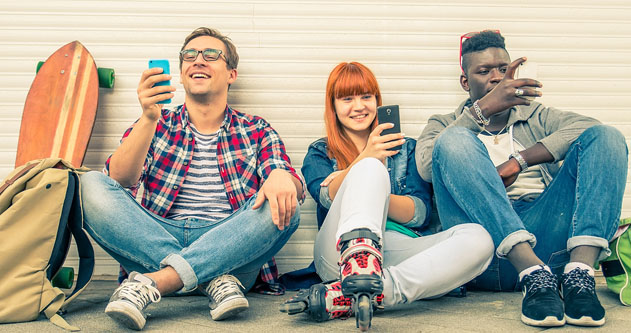 When you’re starting out in social, the first thing you need is an audience.

There’s no point tweeting and posting if there’s no one there to read it, right? To do this, most people will first invite their friends, and friends of friends, to like or follow their profiles, helping to give them a base starting point, a level to grow from that at least gives you some credibility. Some might also consider buying followers to inflate their stats and attract more attention.

Both of these options will get you more followers, no doubt, but there are some key considerations you need to keep in mind when focusing on rapid audience growth.

Like you, there’s a heap of people who want to inflate their followings to give their profiles presence, so they’ll follow as many people as they can in the hopes that at least some of them follow back.

This works. You follow 100 people and you’re bound to get at least 10 follow you back – do this over and over again, and at bigger scale than 100, and you’re sure to build a following quickly. But it’s not a real following. It’s inflating your metrics for presentations’ sake.

For some this is not a problem, but what it does is it skews your audience data. For example, if you’ve got 100 followers who have only followed you back because you followed them, they’re probably not interested in your actual products. When you go to check your audience analytics to target your ads or content, the data’s likely to be all wrong, because these are not your target customers.

This is not a disaster, but it is something to be aware of – if your followers are not following you based on your content, they can be skewing your data points.

Find out how Sensis can help you grow your social audience.

Whenever you’re on social media and you see someone with a million plus followers, you immediately perceive that person as some sort of authority, right? A million people are listening to what they have to say – they must be saying something important.

But next time you do see this, look also at how many people they’re following. If the numbers are similar, their authority is probably not as significant as you might, initially, think.

This is a perfect illustration of how numbers are far less important than engagement. If you’ve got a million followers but no one’s engaging with your posts, you may as well have none – and at the same time, one follower who spends money with your business is a lot more valuable than 100 who are just watching on.

Numbers do serve a purpose, they provide a level of social proof, but having people actually engage with your posts is a far more valuable metric to focus on.

3. Buying followers comes with many problems

It’s not hard to buy followers on social media. You can easily pay a company that will pump up your Twitter audience, your Instagram likes and your YouTube views. It’s not even expensive to do – a few bucks and you can have 10k new fans, just like that.

So why not do it?

The problem with buying followers is that they’re not real people. You’re not really sharing your messages with anyone, you’re just making your profile look more popular than it actually is.

In addition, there are several free tools online that can detect fake followers, while even an everyday user can quickly determine that your audience is not genuine.

If they have a heap of Twitter followers with random account names, few, if any, tweets and no bio, they’re probably fake.

For an individual, the risk here is embarrassment, but for a business, if you’re found to be buying fake fans, the reputational damage can be significant.

And the last consideration to keep in mind with fakes is that the social networks themselves are always looking to crack down on such behaviour. They regularly remove large chunks of fake profiles, while they also ban users who’ve purchased fakes.

Having a good social following has benefits, no doubt, and it can help to boost your numbers quickly. But’s social media is a long-term strategy, it takes time to build and establish an effective presence.

This article first appeared in the Sensis marketing tips.