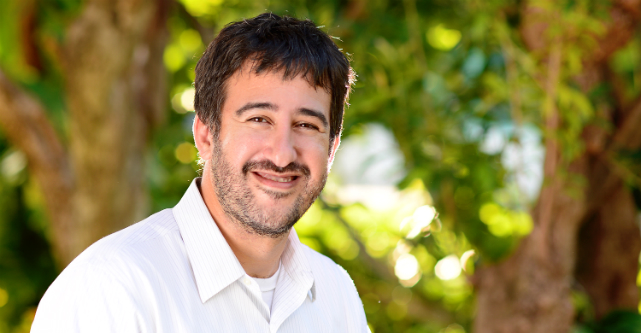 According to The Economist, Israel has more high-growth startups per capita than any other country in the world, but Kedem says the ecosystem still requires ongoing growth and activity.

“In Israel we’re still in the business of creating that and it started in the late 90s,” Kedem tells StartupSmart.

In order for Australia to achieve a similarly prominent startup community, he says it’s crucial that more people choose to start tech companies and study STEM subjects in order to get innovative ideas off the ground.

With more people immersed in the community failure is inevitable, but this has to be viewed as a positive, he says.

“In Israel most companies don’t succeed – we only remember the ones that do,” Kedem says.

“You learn from successes but you learn even more from failures.”

Kedem says the federal and state governments also have an important role to play in nurturing the startup community – not in terms of creating innovation, but in making the regulatory environment as workable as possible and providing incentives.

“The government cannot create innovation but it can try to remove obstacles,” he says.

He says there is increasing lobbying from the Israeli startup community to promote government measures that help startups access capital earlier and benefit from tax breaks to lower some of the burden in the early phase.

Many are also working to ease later stage development through solutions for issues with foreign investment.

He says often NASDAQ stock exchange regulations will double up or conflict with Israeli regulations making it difficult for startups to work with overseas investors especially when going through IPO or being acquired.

“Most of the capital venture is going to come from the US,” he says.

“Most of my investors are not Israeli.”

Kedem founded enterprise data startup Kasya in 2000 and went on to sell it for more than $150 million only six years later.

But even this rapid success came with the inevitable setbacks.

“Even a successful company has failures,” he says.

In 2004 – two years before the lucrative exit – the company’s numbers were miserable, Kedem says.

“We sold nothing – absolutely zero,” he says.

Instead of going into panic, Kedem and his team carefully considered what went wrong and he decided to pack his bags and head to America to find new talent.
“We started a search to stabilise the sales team,” he says.

After finding a new sales leader, Kedem was able to get the right guidance to shift Kashya’s luck around.

“So in the new year, we got a few customers in the first quarter and a few more in the second and it started to actually build itself,” he says.

The company soon started turning over $5 million before the team decided to give it over to someone else.

“Try things that are not conventional but do it calmly without panic,” Kedem says.

The company raised $50 million in January this year, bringing its total investment since launching in 2010 to $110 million.

But even at Zerto, Kedem has been met with roadblocks.

The startup once had a major problem with one of its largest service providers, so Kedem and his team decided to freeze everything in engineering in order to dedicate all efforts to resolve the issue over an intensive two-week period.

“You need to have the calmness of the board and employees to know how to turn these issues around,” he says.