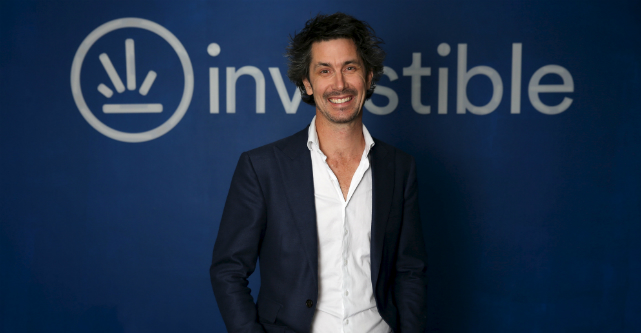 With the recent buzz around startups and entrepreneurship in Australia, founders need a reality check of what it actually takes to run a successful tech venture, leading investor Creel Price says.

He says that all of the attention the startup sector has received of late has led to many people thinking it’s an easy path to fame and riches.

“The worst thing about Mark Zuckerberg creating the social network is it has made people think it’s an easy thing, they assume technology is going to go viral,” Price tells StartupSmart.

Price has launched eight of his own businesses, exiting his last for a cool $109 million, and has worked with Richard Branson to drive the growth of purpose-driven businesses.

The reality of building a startup is far from what many founders imagine it will be like, and it’s never a quick, lucrative and game-changing move from the get-go, Price says.

“Like the gold rush, people get gold fever and they get sold a dream.”

With 95% of startups failing, Price says new founders need to go in better prepared, and this is his key mission as the co-founder of startup generator Investible.

“To get more founders and startups successful at starting up,” he says.

Price says there are some hard truths people keen to jump in need to know.

Many people become founders after reading or hearing about big capital raises and viewing these things as overnight successes, he says.

“People do get on a bit of a bandwagon when they hear about one startup getting funded,” Price says.

What they miss, he says, is the eight years of grueling legwork that startup has done to build traction, gain customers and find market fit.

“It’s more than just a slide deck,” he says.

There’s a lethal combination of factors that will lead new entrepreneurs into the “perfect startup storm”, Price says.

This is someone who has never been in business before, launching in an industry they have no experience in, with a business model that’s never been used, trying to gain critical mass to get it going, without a proper sales and marketing plan.

Before launching into a venture, Price says that startups should consider these and take steps to fill in the gaps through personal development, training and collaborating with others.

3. You need to learn entrepreneurship

If you lack experience in startups, capital raising or the industry, Price says it’s critical to pick up the ropes by reading books, mentoring or taking relevant courses.

“It’s my view that founders should do their apprenticeship,” he says.

“Start on something that’s not quite so revolutionary [or] they can go and work for a smaller business.

“People come out of the corporate arena feeling they’ve got a huge amount of credibility but they get a massive shock – without a big budget, brand or team doing the nitty-gritty, it can be a lot harder than you expect.”

4. Simple to use, not simple to make

With most new startups using technology, founders need to ensure they have the right expertise, knowledge and talent on board to do so effectively, Price says.

A founding team with no tech or sales skills is unlikely to succeed.

“If they’ve never managed a tech project or are trying to build the tech themselves, there’s a lot of naivety around how difficult it is to create something with the right user experience,” he says.

5. Deepen your pockets by broadening your network

After launching a venture, it can easily take 12 months before a founder will see any real revenue, he says, so founders need to be growing their networks and prospective investor connections well in advance.

“You need an existing investor network with people ready to back your idea,” he says.

Through his entrepreneurial journey, Price says failure has helped him to become more mindful about his own business decisions and spending.

“Failure makes you a lot more humble and appreciate how difficult business can be,” he says.

“You toughen up quite a bit.”

A strong believer in the need to align purpose with profit, Price uses his foundation Club Kidpreneur to empower and educate children across Australia with entrepreneurial acumen.

In addition to resilience, passion, initiative and practical experience in business creation, Price is aiming to teach them the underlying power in all of this.

“It’s my view that a misguided kidpreneur can be a drug dealer,” says Price.

“We encourage kids to see the power of business to do good.”

It’s a point that doesn’t lose merit with age and by making people see the positive impact and far-reaching potential of entrepreneurship, he says he hopes to inspire a new generation of impact-driven founders.

“They’ll start to use their power for good not evil,” Price says.