A tale of two cities: How life as a startup founder compares in Sydney and San Francisco 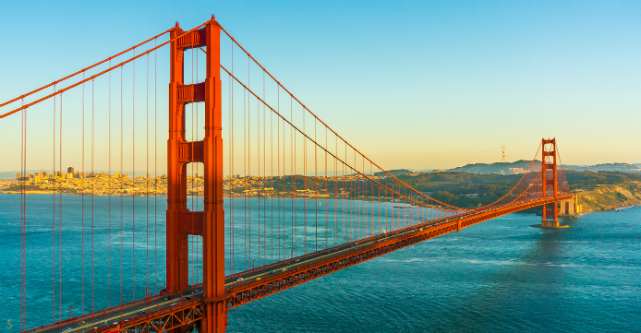 The first piece of cultural knowledge I acquired when landing in San Francisco, having moved the family from Melbourne in late 2012, is don’t call it “San Fran”, particularly with that real Aussie drawl.

The locals cringe like we do when an American pronounces the capital of Queensland with a strong “a”, like BrisbAYne.

The last three and a half years have been full of subtle but important cultural differences.

Having now established an office in Sydney and San Francisco and traveling regularly between the two, the differences become more obvious every time I utilize NZ7 & 8 between our new, adopted country and the place I spent the first 35 years of my life.

We’re aware of the so called “brain drain” from Australia to San Francisco in particular. According to the Australian / San Francisco Chamber of Commerce there are now 12,000 ex-pats now located on the Peninsular between San Rafael and San Jose.

You think a Harbour View costs a lot, wait until you try and get a small house that overlooks the neighbor’s wall in Noe Valley (other wise known as Stroller Valley) to fit your family in. Three million dollars doesn’t buy you very much at all.

We’ve moved to the beautiful county of Marin to achieve a little more space in a more economic price range but that comes with a bit of a commute.

Housing is not the only thing that is expensive in San Francisco, we don’t seem to be able to walk out of Whole Foods for under $65 a bag. Safeway, Instacart and a few alternatives are a little cheaper, but not a great deal.

Granted, other American cities are more economic, but they aren’t Silicon Valley.

I know the M5 is bad but the commute on the 101 or the 280 during peak hour is horrific. The Bay Bridge is in constant gridlock and the Friday afternoons traffic on all exit routes is particularly bad. I would suggest doing the best you can to live close to your office location.

There is an app for everything. I can access my alcohol, my car, my grocery shopping, my babysitter, my restaurant, my lunch, all without leaving the couch.

Amazon Prime means you never have to go to a supermarket or any shop for that matter, ever again. Deliveries are free, overnight at worst and often same day.

There is something about living in the heart of the internet that is invigorating and inspiring. The intelligent people, the interesting events, the capital and the pure scale of what’s possible.

This is by far the greatest difference between the two cities.

I’m aware as much as anyone that the venture scene in Australia is small and dominated by a few and mostly very intelligent people. It takes you about a week to go and see everyone of note to see if they’ll give you cash for equity in your startup.

It would take you longer than a month to do the same here and by the time you’re finished you can start with new funds that have established in the meantime.

Having said all of that, the fundraising process is not hugely different. To get a cheque from  fund after the second meeting is highly unlikely, rather you need to have a working relationship with those that see affinity in your startup and can add value beyond their cash.

One of the noticeable differences of living in America is the complete lack of Tall Poppy Syndrome. Acquaintances, friends and strangers alike will happily celebrate the success of others.

In Australia, all of us actively downplay our achievements or capabilities so as to not come across as a wanker or worse.

That’s not the case in California at least — candidates will over sell their own abilities, 25 year olds with a bit of code on the Apple Store gladly cultivate their reputation as an entrepreneur. It’s just quite different.

Paul Naphtali, someone who is doing well in the Australian VC market, wrote a piece arguing that this issue is diminishing in Australia and I hope that’s right.

It is by far the largest impediment to venture backed startup success in Australia and New Zealand.

The opposite of this is the capitalist nature of that success. American’s don’t just like winning, they like others to lose in the process. I actually wrote this piece about 18 months ago, before the rise of Trump, and I guess I don’t need to say much more.

It’s a winner take all attitude which I would say is generally not prevalent in Australia.