An insider’s account of working at a struggling startup 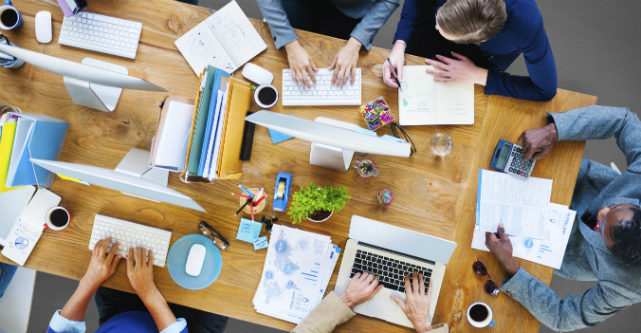 Much has been written about toxic startup culture and the stress it places on employees, but hardly anything as good or as insightful as a recent piece by Anna Wiener, published in the N+1 magazine.

Detailing her time working at a startup offering a “pickaxe-during-the-gold-rush” product, Weiner describes what it was like working at a tech company when “morale is down” and the “culture is dying”, and is a must-read for any founders or budding entrepreneurs.

She details how the startup’s culture has been “splintering for months” and the company executives’ efforts to fix it.

“They’ve noticed we don’t seem as invested. We don’t stick around for in-office happy hour anymore; we don’t take new hires out for lunch on the company card. We’re not hitting our KPIs, we’re not serious about the OKRs.

“People keep using the word paranoid. Our primary investor has funded a direct competitor. This is what investors do, but it feels personal: Daddy still loves us, but he loves us less.”

She details a common occurrence in early-stage startups that are seemingly fighting against everything: Hope.

“We reassure ourselves and one another that this is just a phase; every startup has growing pains,” Wiener writes.

We talk about our IPO like it’s the deux ex machine coming down from on high to save us – like it’s an inevitability, like our stock options will lift us out of our existential dread, away from the collective anxiety that ebbs and flows. Realistically we know it could be years before an IPO, if there’s an IPO at all; we know in our hearts that money is a salve, not a solution.

And on your startup becoming an integral part of your identity:

The problem, we admit between drags, is that we do care. We care about one another. We even care about the executives who can make us feel like shit. We want good lives for them, just like we want good lives for ourselves. We care, for fuck’s sake, about the company culture. We are among the first twenty employees, and we are making something people want. It feels like ours. Work has wedged its way into our identities, and the only way to maintain sanity is to maintain that we are the company, the company is us.

Whenever we see a stranger at the gym wearing a T-shirt with our logo on it, whenever we are mentioned on social media or on a client’s blog, whenever we get a positive support ticket, we share it in the company chat room and we’re proud, genuinely proud.

But we see now that we’ve been swimming in the Kool-Aid, and we’re coming up for air. We were lucky and in thrall and now we are bureaucrats, punching at our computers, making other people — some kids — unfathomably rich.

And perhaps the most important part is when Wiener turns her attention to the difficulties of being a woman working in such a male-dominated field.

Back at the office, I walk into the bathroom to find a coworker folded over the sink, wiping her face with a paper towel. There aren’t many women at this company, and I have encountered almost all of them, at one point or another, crying in the bathroom. “I just hope this is all worth it,” she spits in my direction. I know what she means — she’s talking about money — but I also know how much equity she has, and I’m confident that even in the best possible scenario, whatever she’s experiencing is definitely not. She’s out the door and back at her desk before I can conjure up something consoling.

The entire piece is worth reading for anyone involved in the startup community – go here now.