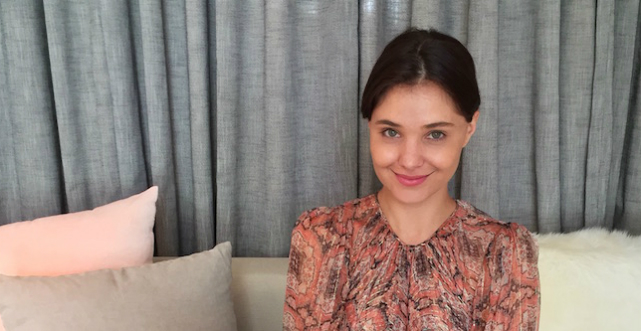 When Australian fashion brand Mon Purse went to the UK this year, co-founder Lana Hopkins says she the team were prepared for it to take a year or longer for partners to be convinced of the power of the customisable bag brand.

What she and co-founder Andrew Shub didn’t expect was for iconic department store Selfridges to say yes to a partnership the first time round.

What followed was a period of international expansion that happened much sooner than anticipated for the brand that is not even officially two years old.

In March, Shub told SmartCompany the company had turned over more than $1 million in the three months from December 2015 as customer enthusiasm swelled for the brand’s services, which allow shoppers to build custom and monogrammed leather products.

In recent weeks, Mon Purse has announced in store “bag building” concessions at Selfridges and US retailer Bloomingdales, as well as a design collaboration with editor in chief of InStyle magazine, Laura Brown.

“To be honest, I couldn’t have written a better script if I tried,” Hopkins told SmartCompany.

So how did the business build partnerships so quickly?

Here are Hopkins’ four key rules for sealing the deal.

1. Know the core strengths of your team

Hopkins came up with the Mon Purse concept and has a background in e-commerce, while co-founder Shub brings expertise on the finance and supply chain side of things.

Hopkins says this balance in the Mon Purse team’s skill sets has been vital to the pitching process.

“My co-founder Andrew and I started to brainstorm on how we could launch in these markets,” Hopkins says.

“We knew that we had a truly unique concept – but we also have very complementary skill sets – this was the ultimate door-opener.”

And having a track record to show doesn’t help either, Hopkins adds.

“Evidence is always a strong thing to have, showing that we’re actually talking a really strong market,” she says.

“If you are passionate about what you do and can prove a track record – that’s what we’ve built.”

2. Draw on the testimonials of others

Breaking into another market for the first time involves meeting people face-to-face and this can be where previous contacts are invaluable.

Hopkins says the pitching process was an intense experience that involved drawing on all available references from the retail industry the founders could find.

“We used every one of our contacts to make sure our story was heard, we just combined all the contacts we knew [between us] to help us get that contract,” she says.

This included using Myer chief executive Richard Umbers and chief of marketing Daniel Bracken to spruik the success of the Mon Purse brand across their networks.

The brand opened its first Myer “concierge” concession in October 2015, and Bracken, previously at Burberry, was out in front telling retail contacts the brand was “the most productive at Myer”, Hopkins says.

Then it was a matter of having the results to back up the team’s enthusiasm.

Big department stores are not unlike the shoppers that flow through their stores, says Hopkins.

They react instinctively to original products, and they can sense when something isn’t authentic.

“You know when you walk into a store and you smell genuine leather and you create your own bag and it’s exciting,” Hopkins says.

“You know you’re getting the real deal – and retailers also know that.”

Mon Purse has had a consistent commitment to manufacturing in Europe, while using a technology that gives flexibility at a lower price than traditional European designer bags.

Hopkins believes the strength of that vision and the value to the customer was immediately apparent to the partners that came on board.

“It’s affordable and you don’t need to mortgage a home to buy your bag. It’s about quality and it’s about technology,” she says.

4. Show the buyer something they have never seen before

The thing that really got the deals off the ground was Mon Purse’s uniqueness, says Hopkins.

“We were getting a lot of ‘yeses’ because [companies] were blow away by the bag order technology. They pretty much said that they’d never seen anything like it before.”

The customisable leather designs are something that fits well with both the US and UK consumer, overtaking the monogramming that took off with such popularity when the brand launched in the Australian market.

Meanwhile, the business has formed partnerships with individuals that speak to their core audience, and has a long term plan for growth.

“We will be expanding globally, [to] continental Europe and Asia, but at the moment it’s really about sustaining what we’ve built.”