“What’s in it for you?”: Bill and Melinda Gates answer the hard questions about their philanthropy

From eradicating 98% of polio cases to putting up $US2 billion in grants to stop malaria, the philanthropic efforts of the Bill and Melinda Gates Foundation stretch far and wide.

And while the Microsoft co-founder loves to tuck into a good book about social progress (or five), he’s also mindful of the criticism or scepticism sometimes directed at the massively wealthy foundation headed up by he and his wife.

That’s why the pair decided to deviate from the usual format of their annual letter this year; instead of talking about their friendship with fellow billionaire Warren Buffet, the Gates addressed 10 of the toughest questions they’ve been asked over their careers.

These varied from questions around overpopulation and climate change, to how Donald Trump’s policies affect the Foundation’s work, and what the Foundation has to show for the millions it has poured into areas such as education.

We’ve picked four of Melinda and Bill’s answers to these questions that are most pertinent to the readers of StartupSmart and SmartCompany. The full 10 questions and their responses can be found here.

Why do you work with corporations?

This question is likely to strike a chord with a number of those in the startup space, as a regular ongoing conversation — and sometimes a point of contention — is the extent to which startups should work with corporate partners.

Alan Jones, a startup investor and entrepreneur-in-residence at BlueChilli, told StartupSmart last year that startups should “get real” about corporate partnerships, saying that “corporate Australia does have a positive and constructive role to play, and startups need to recognise that”.

Answering the question, Melinda Gates laid the answer out simply: “because they can do things no one else can”.

“Take the example of developing new diagnostics, drugs, and vaccines for diseases of poverty. The basic science that underlies product development happens at research centers and universities,” she said.

“But when the goal is to build upon basic science, translate it into products that save lives, get those products tested and approved, and then manufacture those products, biotechnology and pharmaceutical companies have the vast majority of the necessary expertise.”

Bill Gates added that while large corporates have the expertise, they often lack the incentive to build solutions for “poor people” due to the lack of return on investment. The Foundation is hoping to move that needle, he said, by getting companies to focus their expertise without having to spend the money.

Is it fair that you have so much influence?

In a question which also could be interpreted as “is it fair you’re both so rich”, both Melinda and Bill agreed that it was not, and reflected that their influence as prominent figures in the tech and philanthropy scene opened doors for them which others would find closed.

“World leaders tend to take our phone calls and seriously consider what we have to say. Cash-strapped school districts are more likely to divert money and talent toward ideas they think we will fund,” Melinda said.

“It’s not fair that we have so much wealth when billions of others have so little.”

Despite this admission, the two stressed they have never been secretive about their Foundation’s objectives, and have always strived to use their influence to affect as many people around the world positively as possible. Melinda believes it would be hard to argue “we made the world focus too much on health, education, or poverty”.

And speaking to this criticism of the Foundation, Bill said while they do their best to encourage feedback, many critics don’t speak up because “they don’t want to risk losing money”.

“That means we need to hire well, consult experts, learn constantly, and seek out different viewpoints,” he said. 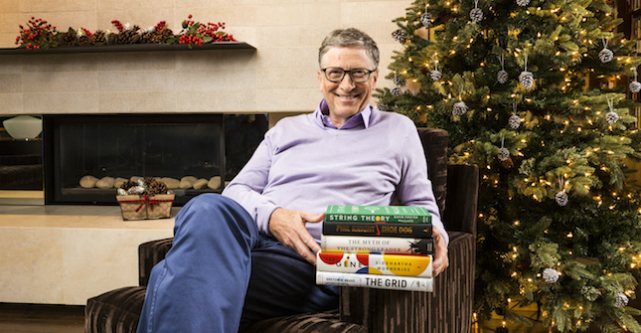 What happens when the two of you disagree?

While jokingly saying the pair never disagrees, Melinda explained she gets the question “all the time”, whereas Bill rarely does. The questions either come from journalists implying Bill is the one making the decisions, or female entrepreneurs wanting to know how to better work with their husbands.

“It’s always been important to us that we are equal partners in our foundation’s work. We’ve learned over time to give each other feedback at home about times in the office when we didn’t meet that goal,” Melinda said.

The two further discussed that the occasional disagreements they have are usually around tactics, but they agree on all the “big issues” facing the Foundation.

“Because I’ve been a public figure longer, and because I’m a man, some people assume I am making the big decisions. That’s never been the case,” Bill said.

“We are partners in both senses that people use the word these days: at home and at work.”

Why are you really giving your money away — what’s in it for you?

It’s an ever-pertinent question when it comes to philanthropy, and Bill says there are two main reasons why he and Melinda pour their time, effort, and funds into the Foundation.

“One is that it’s meaningful work. Even before we got married, we talked about how we would eventually spend a lot of time on philanthropy. We think that’s a basic responsibility of anyone with a lot of money. Once you’ve taken care of yourself and your children, the best use of extra wealth is to give it back to society,” he said.

“The other reason is that we have fun doing it. Both of us love digging into the science behind our work. At Microsoft, I got deep into computer science. At the Foundation, it’s computer science plus biology, chemistry, agronomy, and more. I’ll spend hours talking to a crop researcher or an HIV expert, and then I’ll go home, dying to tell Melinda what I’ve learned.”

Melinda agreed, and said that the passion the two feel for their actions through the Foundation was born from a desire to leave the world better than they found it, and to “do our part to make the world better”.

“Maybe 20 years ago, we could have made a different choice about what to do with our wealth. But now it’s impossible to imagine. If we’d decided to live a different life then, we wouldn’t be us now. This is who we chose to be,” Melinda concluded.

NOW READ: The seven tweets that inspired Bill Gates in 2017, plus a photo of him kissing a seal