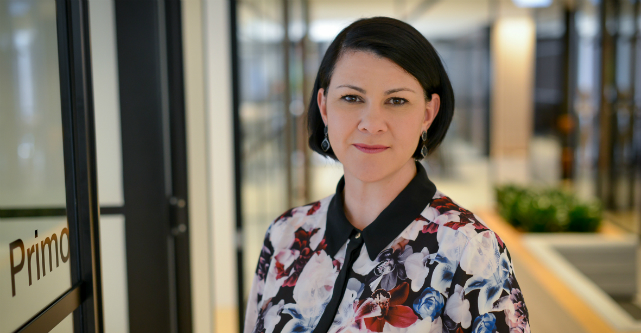 A Queensland startup is making a break into one of the fastest growing cities in the world after a state government-led trade mission opened an unexpected door.

Two-year-old startup Gruntify, founded by Igor Stjepanovic and led by chief executive Jamie Leach, is a data management platform that integrates mobile, cloud and geospatial technology, and which counts government bodies among its main customers.

The startup came out of a state government innovation challenge organised with PricewaterhouseCoopers and was initially established as a smart task management solution for government to handle incidents, surveys, audits and maintenance.

Since then, Stjepanovic has been building the Gruntify team and exploring the world for new opportunities.

His creation even put him in front of US President Barack Obama and Mark Zuckerberg at a 20-person brainstorming session held at Facebook’s headquarters.

In October this year, Leach was invited to participate in a trade and investment mission led by Queensland deputy premier and minster for trade Jackie Trad.

The mission saw the state government and local business owners visit Paris and the United Arab Emirates to explore new economic opportunities and meet with executives.

With the leadership of Leach and a growing team of 24, Gruntify was able to sign a Memorandum of Understanding with Duserve, a branch of the Dubai government that manages residential and commercial facilities, and which has been commissioned to build and maintain Dubai South.

The deal will see Gruntify provide Duserve with maintenance and security solutions.

“We are exploring many different verticals and use-cases on a daily basis, we’ve got enquiries coming in from all over the globe,” Leach tells StartupSmart.

“The true potential of the business is only just starting to be uncovered.

“Once these products go public through these government departments we could have hundreds of thousands of users.”

A trade agreement signed by Trad and the chief executive of Dubai Aviation City Corporation and Dubai South, Khalifa Al Zaffin, has opened the doors for Queensland startups and businesses to roll out services in the Middle East and Africa.

“The number one thing is there are a number of gateways or avenues for startups to get access to international markets, use your trade investment officers, use your Austrade officers,” Leach says.

If you’re a startup keen to break into new overseas markets, Leach shares the following tips.

Tip 1. It will take time, so start now

“Initially, this one was in the mix for almost a couple of years,” Leach says.

Leach had previously attended one of Brisbane’s annual trade summits, which involved delegates from around the world to explore different technologies being developed Down Under.

“They selected a number of vendors they wanted to learn more from,” she says.

At the summit she met representatives from Dubai South and Duserve.

“When we reconnected with them, they saw the potential for our technology throughout the Middle East,” she says.

Eventually, the startup was able to seal the deal.

“They saw an opportunity to partner with us and roll it [out],” she says.

Expanding into overseas markets can be a costly venture for new startups but partnering with trusted advisors and established companies on the ground can alleviate the burden of hiring local staff and setting up new offices, Leach says.

“This potentially gives us a gateway into a region without having a physical presence on shore,” she says.

Tip 3. Show up with the right attitude

“There’s this misconception that you have to be one of the big players to get international airtime and that’s just not true,” says Leach.

“Now people will overlook the size of the business if the right intentions and right managers are there—and enthusiasm counts for so much.”

Tip 4. Do your homework

How business is done in Australia can vary greatly to how it’s down in other markets, so it’s vital to research local customs and laws to get an understanding of how things work before you walk in, says Leach.

“Surround yourself by trusted advisors and take the time to do the homework,” she says.