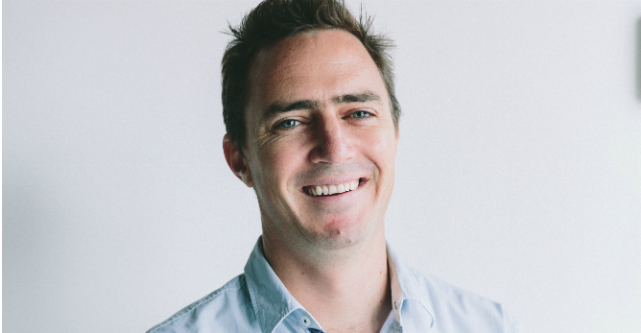 A Brisbane startup developing a Canva-style solution for enterprise companies has secured $1 million from Sydney-based Microequities Venture Capital Fund after a strong run in bootstrapping.

Outfit, developed by NetEngine founder Bruce Stronge, hit $750,000 in turnover in its first year after launching in 2014, and the team is aiming to generate $10 million in turnover by 2020.

Read more: How bootstrapped Brisbane startup Outfit made more than $750,000 in its first year

“We wanted to bootstrap until we knew what the formula was,” Stronge tells StartupSmart.

As soon as the team figured this out, had enough enterprise customers and an understanding of what Outfit needs in order to scale, Stronge says he decided to bring in external investment to help amp up the team and break into the US.

“We’re clear now that we’re not a design tool,” he says.

“We’re all about brand governance [and] we’ve got very clear that we’re a brand platform.”

Unlike Canva, which enables individual users to create elegant designs, Stronge says Outfit’s focus is on allowing brand departments in big companies to produce and share branded marketing materials across the whole organisation.

The $1 million investment will be used to accelerate Outfit’s growth and expansion into the US, says Stronge.

“We’ll be hiring more sales people and more account mangers, more marketing people [and] following on from that more developers,” he says.

“Most important for us is getting more sales done.”

Stronge describes the fundraising process as “relatively straightforward”, but says it did take months to finalise after initial introductions to Microequities’ fund managers Justin Lipman and Howard Leibman.

“They were actually the first VCs I’ve ever spoken to in my life. I’ve never borrowed a dollar from anyone,” says Stronge.

“It was relatively straightforward for us … I was lucky raising from the first people I spoke to [but] it still took four months to get the cash in the bank from my first discussion.”

Stronge says he met Lipman and Leibman through an introduction by a guest speaker at a River City Labs talk. After Stronge thanked the speaker for sharing helpful legal insights, he says, the speaker asked him about his startup, which sparked the connection to Microequities.

“I only met a handful of [investors] after them,” Stronge says.

“Howard and Justin from Microequities really got what we’re doing, they’ve got a portfolio of similar startups.

“They get that we have to create a community around what we’re doing [and] they really value the fact that we started solving an enterprise’s problem — an expensive one.

“It’s a hard thing to do, to learn how to sell to an enterprise [and] they could see we had done the hard yards.”

Stronge adds that while he was able to project figures around company size and revenue, he connected with his chosen investors over the understanding that it’s not yet possible to predict what Outfit’s customer base will look like in the US.

“We met some VCs who asked me to describe exactly what our customer segmentation will look like in five years’ time and exactly where I thought things would be and the truth is: absolutely no idea,” he says.

“It also meant that [Lipman and Leibman] were really backing the team and the sort of audacity of what we set out to do.”

When asked to reflect on the tough questions put forward by investors, Stronge recalls being asked: “What makes us think we can take on the US market?”

“Questions like that are designed to challenge you on the spot and see you’re confident and that you’ve got some kind of plans,” he says.