Broadband TV founder Shahrzad Rafati and Bank of America CEO Brian Moynihan on building startups that make a difference: “Build great companies that have a much greater impact” 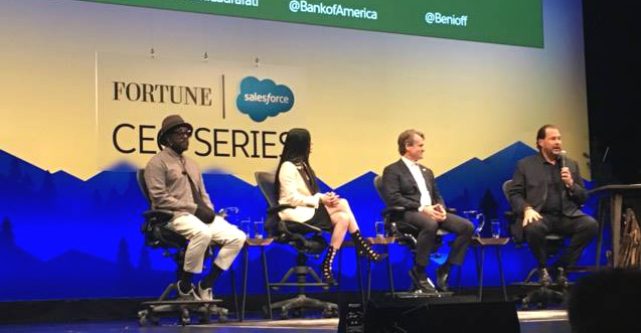 The founder of Broadband TV said that today’s tech world has a critical role to play in building a more responsible, sustainable and inclusive business sector.

“We need to be a lot more transparent. We need to get stake holders to rate our systems,” she said.

“Gender equality needs to be one of those KPIs.”

Rafati, who was born in the middle of the Iran war and was imprisoned during the conflict, said she is using her tech company to give people a voice.

“Not having access to freedom of speech makes a big difference,” she said.

Being accountable to the treatment of employees, the environment and societies is just as important as generating revenue, she said.

“Business leaders need to speak about it, they need to have a position,” she said.

“A decision that you make in San Francisco does impact other parts of the world,” she said.

“Build great companies that have a much greater impact.”

Push through the naysayers

Rafati, who moved to Canada at the age of 16 to study computer science, said many told her not to challenge herself when things got tough.

“I didn’t know how to use a computer, I didn’t have an email account,” she said.

“Everyone in my class knew a lot more than me.”

But she knew what she wanted in life and just caught up.

“Nothing in life is impossible”.

In a divided political country headed towards an explosive election, Moynihan said people really need to come together and speak to and hear each other.

“[Without unification] we’ll have consistent back and forth about who’s the smartest person in the room,” he said.

Lift others up with you

Will.i.am said that back in 2008, when president Obama was running for president, there was a mix of issues that needed attention like war and the recession but now things have changed.

“It’s clear as day that education is the most important thing,” he said.

But in line with this, Will.i.am said people can’t be what they can’t see.