How business owners and startups can get angel investment

You’ve got what you think is the type of disruptive business idea that is set to make your startup the next Uber, Atlassian or Snapchat, but you don’t have the funds to take it from beta to launch.

Where do you go, what do you do?

If only an angel would answer your prayers …

That’s when someone like Philip Argy might come in. Argy is a very experienced intellectual property lawyer who has been involved in the tech scene now for decades. In fact, Argy became interested in computers more than 40 years ago and is himself an experienced programmer. 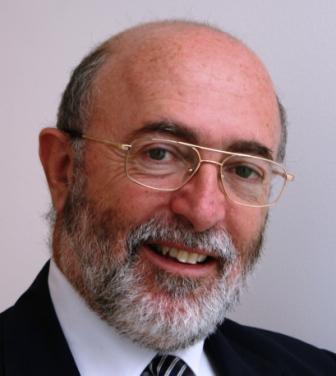 He’s also a committee member of Sydney Angels, which is an organisation that brings together high net worth individuals who invest their money, expertise and time in helping entrepreneurs achieve their startup dreams. It’s Australia’s largest network of startup angel investors with around 115 members on its books.

Along with Sydney Angels, there are other groups such as the Australian Angel Investment Network, Melbourne Angels, Business Angels, and Capital Angels. Each of these groups has its own rules and protocols but they all essentially do the same thing, which is to match investor capital to startups and entrepreneurs for early stage funding.

This kind of funding provides a fledgling business with the capital it needs to go from bootstrapped funding (friends, family, credit cards, small loans, savings, etc) to the next stage before venture capital funding rounds might be considered.

Sydney Angels was founded in 2008 and since then has facilitated investments by its members in a diverse range of startups, including the likes of Ingogo, Venuemob and Jayride through its successful Sidecar Fund, which matches funds to private deals made by members.

But angel investing is not for the risk averse, says Argy. You need to be in “robust” financial health and also realise that many of the enterprises you invest in may not end up as ‘unicorns’ or even make any money.

“It does have its risks.”

He says angel investors, on a global average, might only expect a really strong return on one in 10 of their investments, but that might be anything up to 40 times return on investment.

So what do angel investors like Argy look for in a startup?

Argy says the Sydney Angels investor education program gives angel investors a “de-risking methodology and an approach to due diligence which significantly changed my approach. It gave me a discipline I’d never had [in relation to investing]”.

“You’re definitely investing in the people. There’s no angel investment that’s ever been successful with a moron at the helm!” he says.

“They have to be what we call coachable. If you have someone who thinks they know everything that’s a predictor of failure in business, because they won’t listen. If you get someone who is passionate about their product; can market it; can show that it works; can show there’s genuine interest in the product in the marketplace; and can show that they are willing to learn and absorb the wisdom of the investors and take advice; they are your ideal candidates.”

With a strong interest and background in computing and software, coupled with his expertise in intellectual property law, Argy has a preference for startups dealing in business software solutions.

“I tend to like non-physical products, so software and business methodologies that can scale quickly. So if the marketplace takes to it, it can go viral and go global. Physical products where you need a distribution channel can be hard to grow very quickly,” he says.

If you’re a startup looking for angel funding, Sydney Angels — and most other reputable angel investors — generally want you want to hit these targets:

For an angel investor and tech buff like Argy, it’s about more than just the potential windfall from a canny investment in a smart startup.

“What I love about it is we get the first look at things that are virtually off the drawing board or prototype that the world hasn’t seen yet. The risk is you don’t know how the world will receive it, but the reward is you’re seeing something no one has seen,” he says.