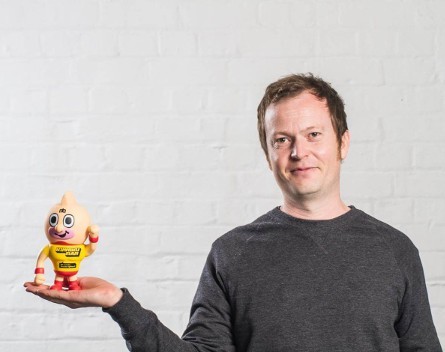 Producing animated videos is usually a big out-of-pocket expense for businesses and usually well beyond the budget of many startups. A Tasmanian startup claims to have a solution, working like a Canva for animated video, for as little as $99.

The team has just returned from Sydney where they gave potential angel investors and venture capitalists “a sneak peak” of the product. Co-founder James MacGregor is encouraged by their reaction.

MacGregor co-founded the startup with his brother Simon Westlake, a designer and animator who has worked on The Adventures of Tintin and The Hunger Games films, and Tommy Fotak, a software and web developer.

Biteable has been in beta since the beginning of February, but MacGregor says they’re still prepping for a seed round in about two months’ time when, he estimates, they’ll be looking for between $500,000 and $1 million of funding.

MacGregor says the team purposefully did not to talk to investors until they were happy with what they were offering, instead preferring to concentrate on building the product and feedback from users.

“We wanted to prove we could build the platform, then when the beta was ready at the beginning of February, rather than go out and get people’s (investors) input on it, we thought let’s focus on customers, make edits, customise to make it a really easy tool to use,’’ he says.

So far, over 500 companies have signed up and 22 have purchased videos.

“We’ve had about 5% product purchase, which is really good for a SaaS (software-as-a-service) product,’’ MacGregor says.

“The most high profile sale we’ve had is Drupal, one of the biggest CMS companies.”

The idea behind Biteable came from MacGregor’s previous experience with Scriptrock, which made animated videos for businesses all over the world.

But there was a problem; creating agency standard premium video was both time consuming and expensive, taking around 6-8 weeks to produce a video that would cost between $8000 and $10,000.

This had MacGregor wondering if he could automate it.

“Everyone wants video, but not everyone has the budget.’’ he says.

“We tested the idea by manually making people reproducible videos, companies loved it, so we built a tool that automates it so people can build it online.

“That took about a year of trial and error.”

Biteable currently only has one theme, but MacGregor says the platform is designed for 1000.

“We’re going to have 100 themes by the end of the year, even though the feedback has been amazing, for us it’s a still a very simple version of the vision,’’ he says.