A yarn about startups pussyfooting around: How pausing a kitten delivery turned into a full-grown cat-astrophe 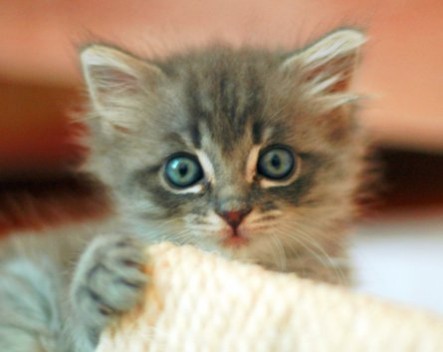 Just imagine this predicament for a moment. You run a rapidly scaling international ride-sharing startup. The latest investment round has valued your business at around $US40 billion ($A51.1 billion).

Unfortunately, this rapid growth has bought its share of bad publicity. You’re now banned in several jurisdictions, taxi commissioners in Australia are handing out fines to your drivers, and when one of your executives proclaimed it’s okay to dig up dirt on journalists for some reason it didn’t play well in the media. Most serious of all are allegations of rape and indecent assault against a number of your drivers.

What do you do?

Well, if you’re Uber, the answer is simple: Kittens!

So, in a one-day publicity blitz, the ridesharing service promised to deliver kittens for its customers to play with. After all, if there’s one thing the internet loves above all else, it’s a fluffy baby feline.

Suffice to say, within a nanosecond of the news breaking about the feline delivery, someone at Taskmaster Towers was on the phone to order a kitty cuddle.

The anticipation was palpable as word spread of the imminent arrival of kittens.

iPhones, Windows Phones, BlackBerries and Android devices of all description were at the ready to snap the moment the frisky fluffballs arrived. The countdown was on!

Then your humble correspondent heard the first warning sign that all was not well.

“No fear”, one widget developer announced. “The kittens have been delayed, but they are still coming! But there is no ETA!”

“Bad news! There’s been another delay on the kittens! Apparently they’re all tired!” the widget-maker said.

Even after this second announcement, there were still those maintaining a belief that the kittens would be coming. After all, napping kittens are incredibly cute!

That hope ended in bitter, bitter disappointment. The news broke that there would be no kittens. No cuddles. No cute photos for Instagram and Twitter.

Disappointment quickly turned to rage, the likes of which has not been seen (at least outside the Coalition party room) in quite a while.

By the end of the day, there was not one smartphone left that still had the Uber app. From that moment on, the only taxi service to be seen around Taskmaster Tower would be Ingogo. Forget failing to deliver customers safely within the bounds of the law – Uber had failed to deliver kittens!

The moral of the story? If you promise your customers kittens, you better deliver!