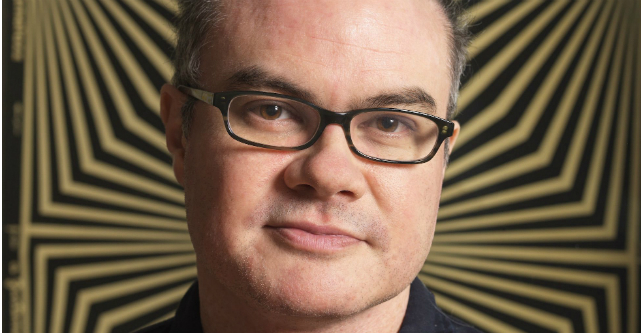 Making a product that’s extraordinary for users startups with a human touch and can only survive with continual iteration, ACMI’s new chief experience officer says.

As the Australian Centre for the Moving Image continues plans to reshape itself, newly appointed CXO Seb Chan is working on innovative ways for visitors to experience and interact with its collections.

Creating extraordinary user experiences is a meaty challenge, he says.

“How are visitors changed or transformed by visiting us?” Chan tells StartupSmart.

Shifting away from the one-dimensional experience of visiting a traditional museum, Chan says he’s greatly interested in developing immersive interactions and experiences with the digital collections at ACMI.

“What is it about coming and seeing a film in a cinema that is different from seeing it streamed?” he says.

Before moving to Melbourne, Chan changed the way visitors could experience New York’s Cooper Hewitt Smithsonian Design Museum by creating a digital pen in collaboration with the likes of GE, Google Creative Labs and Local Projects.

“In the popular imagination, design in the last decade has become something that we all have some understanding of and experience with,” he says.

The concept came when Chen and his UX team hacked into this challenge: how does Smithsonian not only invite people to see the best of design but enhance digital literacy and inspire them to become designers themselves?

This led to the idea of an archetypal design tool.

“What if visitor’s were given a pen when they came in the door that did stuff?” he says.

So they built a digital pen for enabling visitors to save anything they saw and draw their own 2D or 3D models, which they could print back at home or school.

“It’s very much a hands on experience,” Chan says.

Physically designing and manufacturing the pen, then connecting all of that back to the museum’s collection was fascinating but extremely complex, he says.

But they stared with a human-centred approach.

“Design is all of the things we touch and use,” Chan says.

While smartphones and mobile devices were once exciting new technology, he says they no longer spark as much awe.

“We’re all getting sick of our screens,” Chan says.

When building a product based on the user’s experience, Chan says it’s critical to get into the physical space of end-users to observe how users watch and behave with your technology.

“There’s a lot of new greenfield in thinking about what the physical interface is between the user and whatever you’re making,” he says.

Instead of just stepping back and watching analytics on how people interact with apps and webpages, Chan says it’s becoming much more important to be in the physical space with end-users as they experience the technology.

“Because then you pick up on all of the cues of people getting frustrated with your interface, the social norms and manners that influence the way they use our product,” he says.

Chan says that doing this early on through prototyping is important for tweaking and enhancing the product to a more enjoyable and memorable experience.

After releasing a product, Chan says he have to iterate continuously.

“We don’t launch and walk away,” he says.

“We’re in a world where we’re actually moving away from making products and almost all of things we’re doing are becoming services that have to continue,” he says.

“And that’s really hard but I think that people who crack that from a business model perspective and fulfill a human need will be the ones that succeed.”