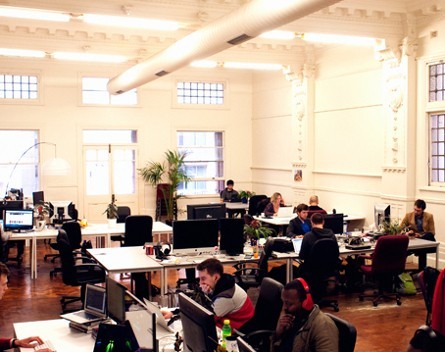 Adelaide entrepreneurial community and co-working space Majoran Distillery is offering Holden workers support for them to explore new potential careers as the car maker prepares to stop production in 2017.

Managing director Michael Reid told StartupSmart the start-up community was a great place for people to network, embrace technology, re-skill and prepare for the next stage of their lives and careers.

“If the Holden workers want to come, we’ll definitely offer them a discount,” Reid says. “We want to encourage people to come and plan and create their future.”

Majoran Distillery will be offering a 12-week entrepreneurial masterclass program for aspiring entrepreneurs who need to hone their skills around developing and launching tech-based products and services to global markets.

Reid adds most computer coders are self-taught, so anyone with the motivation to tap into the emerging economic boom of tech start-ups can switch careers with the right support.

“Everyone’s got an idea for an app stashed away, so just come and try it. We’re a low risk space to come and give yourself a few months to start learning and exploring. If you’re motivated, there is nothing stopping from you from a completely new career,” Reid says.

Reid says his team has seen a steady trickle of ex-car manufacturing talent for a couple of years.

Majoran Distillery member Saman Attarian used to work for a car parts manufacturer that supplied components to Renault and Peugeot. After the company of 770 people scaled down to 400, Attarian decided to explore start-ups as his next step.

“Initially I was very unsure of the future, but my survival mechanism quickly kicked in and I had to ensure I had the right skills for the marketplace,” says Attarian, who is now at start-up LimeSquare. “Now I know it was the best thing that could have happened to me.”

Reid adds Adelaide needs to explore new economies and technologies to excel in.

“The closing of Holden will have a massive impact on Adelaide,” Reid says, adding that the shelving of BHP Billiton’s expansion plans for its Olympic Dam mine meant the city needs to do something to boost its economy.

“I’m an advocate for tech start-ups. It would be great if the government could get excited about tech start-ups, which are just going to keep growing.”