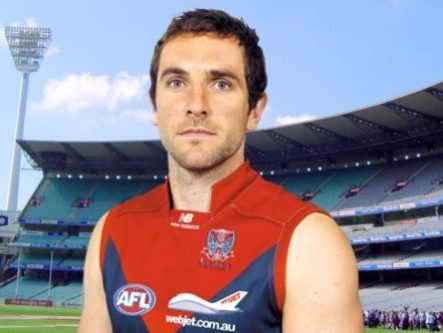 Liquorun will see customers order their alcohol online and have it delivered within the hour.

MacDonald, who started his AFL career with the Brisbane Lions, told StartupSmart the idea was a culmination of several experiences, and was born over a post-training coffee brainstorm three months ago.

“A little while back, I was involved in an altercation in a taxi rank in Brisbane and ended up getting arrested. I had this vision that the hospitality and late night transport industry needed a bit of a shake-up,” MacDonald says.

“Straussy [James Strauss] had a night where he was drinking with a couple of mates and they ran out, and the night ended because they couldn’t drive to a bottle shop and it was too far and a bit risky to walk.”

Macdonald, Strauss and Bail have partnered with a 24-hour bottle shop in Melbourne and venture technology group Blue Chilli.

“We needed a tech partner, because that’s not our experience and we’re quite new to start-ups. We’re also time-poor when we’re playing football,” Macdonald says.

Start-ups in the alcohol industry come with risks and responsibilities. According to Macdonald, Liquorun is designed to minimise risk and violence.

“We had a vision that no one should get to a point in the night when they have to risk drink-driving or put themselves out on the street to go and get more. It can be pretty unsafe, especially for women, but even for guys,” Macdonald says.

“The biggest issue when we were speaking to bottle shops early on was how do you stop under-agers calling up and how do you know they’re not completely wasted when you deliver.”

Liquorun will require a licence number to prove the buyer is an adult, which is cross-checked automatically before the order is processed, and then again by the delivery person.

All delivery staff will have Responsible Service of Alcohol qualifications and be trained on how to assess if a client and situation is safe to deliver to.

“Our delivery drivers will be paid by the hour, so there is no incentive for them to deliver it or not,” Macdonald says.

Macdonald has had a couple of successful start-ups previously, including a real estate company and a t-shirt company.

“Start-ups have always been a passion of mine outside of football,” Macdonald says, adding that launching this idea with team members has meant they work together well.

“Coming from the football background, every day we get feedback on our performance. Most office jobs you don’t get that much, but we have the mental resilience and trust that comes from daily feedback,” he says.

“We’ve had some pretty robust chats about who is doing what. I’ll be leading the guys and having to identify the different strengths and working out how we can work as harmoniously and effectively as possible.”

The team is seeking 100 people to be part of the beta test period. They plan to launch in Melbourne in October, with launches in Sydney and Brisbane by the end of this year.