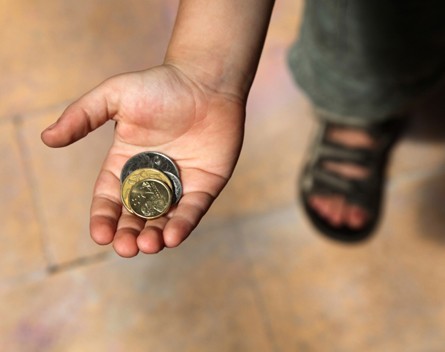 Tarang Patel made his first investment when he had only just become a teenager.

His grandfather gave him a little bit of money when he was 13 years old, and he’s been a keen investor ever since.

Now he has co-founded a new Australian startup hoping to help other young people get involved with investing at an early age, using just their loose change.

It’s called FirstStep and is a mobile app allowing users to invest loose change from electronic transactions into the company’s diverse portfolio. The service it provides is exactly the same as US startup Acorns, which is soon to launch here in Australia.

Fellow co-founder Shiraj de Silva says young people can often feel the barrier to entry is too high in investments.

“A lot of people don’t invest because of the very high minimum investments and a lack of knowledge about what to invest in,” de Silva says.

“Making the first step is really hard for them.”

“We realised there was an opportunity to create a product that helps young people start investing in a small way.”

Users are required to nominate a bank account that is the monitored for expenditure, with “loose change” then automatically invested into a diversified, low-cost investment portfolio including Australian shares and bonds, and US shares.

This loose change is calculated by rounding up small purchases to the nearest dollar. So a $4.20 coffee will be rounded up to $5, with that 80c being invested automatically.

Users will be investing about $12.50 per month, de Silva says, and it’s all about helping young people learn about investing and get involved with it.

“Investing early can mean the value of time works in their favour,” he says.

“It’s getting them started in a small way early with very small amounts of money.”

Acorns will be stiff competition for FirstStep, with the US-startup boasting the financial advice of the Nobel Prize winning economist Dr Harry Markowitz.

Founded in 2014, Acorns will be commencing beta testing in Australia towards the end of this year, before going live in February 2016.

“They’re charging a fixed amount which is taking a lot from people that may have small account balances,” he says.

FirstStep was recently accepted into the University of Sydney’s accelerator program Incubate for the winter 2015 class, which kicked off five weeks ago.

The startup up received its first external capital through the program, with $5000 in seed funding.

“That was a small capital injection, and we need to do a fairly sizable round fairly quickly to overcome the regulatory hurdles,” de Silva says.

The end-to-end product is ready to go, and is currently in a beta mode, and it’s just these regulatory hurdles that have to be passed before the startup is launched.

Hopefully that will be at the start of next year, de Silva says.

As with all investments, risk is clearly a key issue for users, and de Silva says he wants the service to be used mainly for longer term investments.

“We want to encourage long-term share investing, for people to keep their money for six, seven or even ten years,” he says.

“That long-term view helps in regards to weathering the volatile market.”