All ale the weekend: this Brisbane startup delivers cold beers to your desk 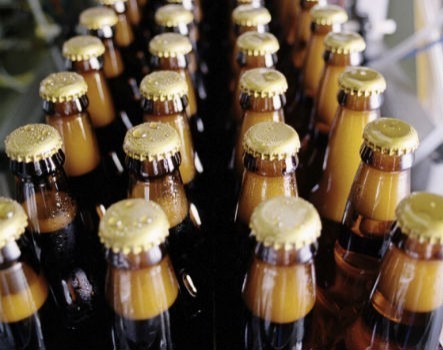 An Aussie startup is looking to capitalise on the tradition of cracking open a cold beer at work to kick off the weekend.

Friday Beers is an early-stage alcohol delivery startup specialising in craft beers. But there’s a catch – customers can only get their beer of choice delivered on a Friday afternoon.

Co-founder Lee Mathers told StartupSmart the idea for the business came after seeing how niche subscription services were kicking off overseas.

“I’ve seen the subscription model work a lot overseas and I had heard of companies doing this sort of stuff in the UK and United States, but I’d never seen anything like it here,” he says.

“The disadvantage of something that only works on Fridays is that you can only deliver once a week. Our aim is to get about 60 [subscribers] by the end of the year and see where it goes from there.”

Mathers is upfront about the difficulties the startup will face in trying to scale because of limiting its delivery window to Friday afternoons. However, he says the aim is not to take over the delivery space, hence its modest subscriber goal.

“This is just an extra service which doesn’t really have any hard costs for us other than the alcohol my co-founder is already purchasing,” he says.

“If it does explode, and we do end up with 100 orders one week, that doesn’t really matter either as we’ve got the ability to scale really quickly.”

In fact, Mathers is of the view that the startup’s specific focus is part of its charm.

“They’re genuinely very difficult-to-find beers, which is part of the experience we’re trying to create,” he says.

“There are other places doing alcohol delivery in Brisbane and Australia – you can get wine delivered – but you can’t get a cold beer delivered to your desk on a Friday afternoon. And there’s nothing better than a cold beer at about three or four o’clock on a Friday. So we fully appreciate we’re limiting our market, but I think that’s part of the appeal. There’s a niche there and we’re going to mine the hell out of it.”

However, that doesn’t mean different kinds of alcohol won’t be offered in future.

“We’ve had quite a few requests from female clients who want a cider option or a cocktail option with mixers,” he says.

“And certainly there is a very strong interest to take it interstate – Brisbane is great, but it’s still a really small CBD when you compare it to Melbourne and Sydney.”