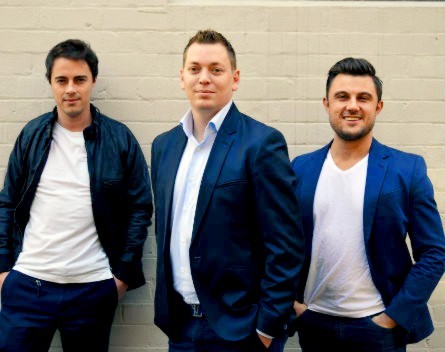 Alphatise’s smartphone and web-based app allows consumers to request a product they want, indicate how much they’re willing to pay for it, and then gives sellers the opportunity to match that deal.

Sellers are charged a 4% fee of the product price to access Alphatise consumers.

The startup was founded by friends Paul Pearson, Richard Frey and Ben Nowlan, who says it has the potential to be a powerful platform.

“What you’re getting is an e-commerce platform that allows you to buy what you want and have a say in what you pay,” Nowlan says.

“Putting the consumer in the driver’s seat becomes an exciting prospect.

“From a seller perspective, we’ve become fairly disruptive from that side as well. They can actually see customer demand, and we move away a lot of the noise from the market.”

The startup counts eBay and Amazon among its competitors, which Nowlan says are basically all companies operating in the online retail space.

One more direct competitor is Greentoe, a US startup out of Y Combinator which launched recently and offers a similar service.

Greentoe shows its users an average price for the product they’re after from a bunch of vetted online retailers, and allows them to say what they’re willing to pay, and sellers can accept that price.

Alphatise’s launch marks the first time customers get a chance to use the product, Nowlan says. Because the platform needs to be large it wasn’t possible to offer it as an MVP, although he says in many ways that’s how the platform will be treated in the weeks and months after launch.

That’s not to say the Alphatise team didn’t have an MVP, theirs was just the absolute minimum.

Alphatise’s MVP was essentially a bit of paper, Nowlan says.

They polled various people by showing them a grid of products and getting them to tick the ones that they wanted and write down the price they would pay to buy it right then and there.

“We found consumers would often put down they would buy the product now if it was within a 0-15% price variable,” Nowlan says.

Armed with this research the team were able to approach investors and secure investment.

Since beginning in 2012 the company has raised $3 million in funding and plans to open a Series A round in the coming months.

For the platform to really thrive it needs a large user base and Nowlan says that is the biggest challenge for the startup moving forward.

With that in mind, the startup is aiming for 100,000 Australian users by December.

“We fully acknowledge that’s our biggest challenge, getting the demand and getting the businesses to meet that demand.

“(Then) you’ll be able to create a wish for something and set the price, and have that demand met in minutes. Once we do that it becomes a different game.

“We have ambitious goals, but that’s exactly what Australian startups need to do to be successful.”