An entrepreneur’s message for family, friends and supporters 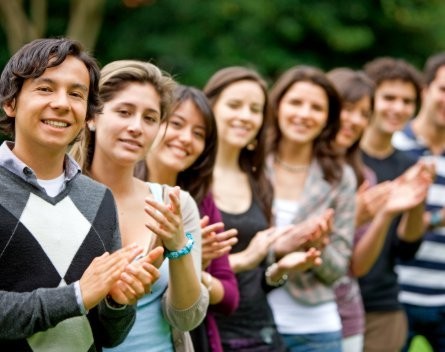 Every so often, an aspiring entrepreneur reaches out to ask for advice.

Last week I met with a young man called Mark, who contacted me on LinkedIn. He was passing through New York and heard I was here. Mark had a great start-up idea and a well-formulated plan he’d been working on for a year. He’d found a technical co-founder and had done the competitor analysis. He came to me to ask what to do next.

Mark then explained as well as spending almost every waking second thinking about launching his idea he also has a high paying corporate job that he hated. He’d been working for the same company for eight years and had climbed the corporate ladder. They provided him with a nice car and overseas trips but most importantly his job provided him with what, in the eyes of others, constitutes a ‘respectable career’.

‘Well, given that you hate your job, and your life’s dream is to start your company then why don’t you just go for it?’ I really couldn’t wrap my head around the problem. Sure, you have to live on less cash for a while. But if the main aim of earning money is to be happy and the process of earning that money makes you miserable, then surely it’s a simple decision to make a change.

‘But my father and long-term girlfriend don’t want me to leave my job. They think it’s important for me to have a secure career and their opinion means a lot to me.’

That stumped me because it’s not a problem I’ve encountered. I’ve never had a ‘respectable job’ in a company with a car park and fancy business cards.

When I was tossing up whether to start my own music company at age 23 or take a high paid job with Sony Music, I remember the appeal of the fancy title and the seemingly secure income. It was actually my Mum who convinced me to go out on my own.

She knew that I’d always been entrepreneurial and told me she didn’t want me making money for someone else’s company when I could have my own. I was encouraged to reject the safe route and make my own way.

Before I met Mark, I hadn’t considered how unusual that is and how lucky I was.

At high school, I always said I wanted to be either an entrepreneur or prime minister, but when I went for my annual mandatory trip to the careers guidance counsellor she would reply, ‘Yes, but what JOB are you going to do? Who’s going to employ you?’

By the end of school, they’d convinced me to become a journalist and sent me off with a nicely boxed plan of university courses. It wasn’t until part way through my second degree that I remembered my dream.

I think that having the courage, determination and vision to start your own company is one of the toughest, most respectable career choices you can make. But for some reason, most of society still thinks entrepreneurs are a bit weird.

When my music company was at its peak, Mum told me she’d been bragging to some of her friends about our success. One of them, sceptical that managing bands was a legitimate job, said to Mum, ‘That’s great. It’s lucky she’s still young so she can get a real career if this doesn’t work out.’ Mum was furious!