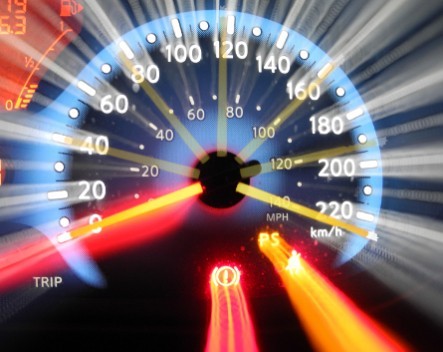 Kicking off a round of demo days that will be held in Sydney, San Francisco, Silicon Valley and New York, the latest round of AngelCube’s early stage startups did their best to impress a room full of investors and influencers in Melbourne, Tuesday night.

First up for the night was Arcade, which hopes to gamify sales teams to keep them more engaged with their jobs. Made up of David Cherrie, Anthony Indraus, James McLaren and Ivan Wang, some of the team have experience working in sales at a telco for a number of years, so they’re initially sticking to what they know and will focus on the telco market here and in the US. They’re looking to raise $750,000.

Dropin app, co-founded by Caron Roberts, Simon Rahme, was up next with their plans to monetise the last minute appointment market, with an initial focus on the hair and beauty industries. The team is set to release a new version of their app soon and is looking to raise $500,000.

Ediply, which wants to be a concierge service for overseas markets, seemed to spark a lot of interest from the investors at the demo. The idea came about from the experience of the founders themselves when studying at overseas universities. The team is made up of Peter Chapman, Katrina Too and Tyler Horan, and is aiming to raise $1 million to take it to the next phase. Their initial focus is on Asia.

The newest startup, having only worked on their idea for a few weeks after abandoning their original one, was Class. Founded by Sam Lee and Mark Robinson, and described as “Uber for hotel bookings”, it is aiming itself at the business traveller with a mobile app for booking premium hotels. The startup has an early deal with Radisson hotels, though have not launched their app yet. They’re hoping to raise $750,000.

Moodswing was the only business to consumer play from the bunch, not traditionally an area Australian investors have been keen on to date. The app is a social network for your mood updates, based on the premise that people don’t like sharing their feelings on open social networks. The app has no monetisation plans to date, but have had strong “stickiness” from users returning to the app repeatedly during the day. Co-founded by Jake McKeon and Chris Long, they’re looking for $1 million in funding to grow and get traction.

The last team for the night was BrandSpot, a site to manage all your digital branding assets, co-founded by Amanda Watts and Kate Lanyon. Watts and Lanyon came up with the idea having both worked with designers and agencies and coming across the inefficiencies that companies had when managing their branding assets. Their platform also converts supplied files into a number of formats. They’re looking for $500,000 to speed up development of some of the tools they want to create for their users.

AngelCube co-founder Nathan Sampimon told StartupSmart that in the past AngelCube companies have been known for having great startup founders and solid traction coming out of the three-month accelerator program.

This year is no different.

“We’ve got some truly disruptive startups – Ediply are changing the way international students are placed in universities and closing a $10b gap in acquisition costs; Arcade are turning traditional retail environments into a sales arena to better engage workers; and Moodswing are revolting against the artificial state of social networks, allowing their mobile app users to thrive while sharing their raw emotions in a safe, supportive community,” he says.

“When you put the metrics of traction, growth, engagement and retention up against the benchmarks for successful Silicon Valley startups, our AngelCube companies are serious teams with serious businesses, and further proof that Australian startup founders have what it takes to compete in the global market.”

AngelCube’s Sydney demo day is on Thursday and tickets are available.