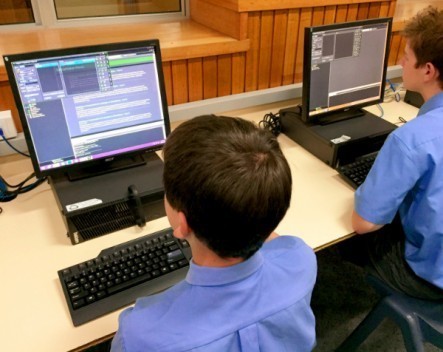 Melbourne startup Appster is partnering up with the Department of Education in Tasmania and New Town High School in Hobart to create a new course designed to teach students the foundations of coding and app creation.

The course, which will be called Game App Design, will give students hands-on experience and will be available to around 90 students in years nine and ten.

The class will teach students how to develop, program, test and eventually launch their own app – with the goal of submitting it to the App Store for approval.

The head of information and computer technology (ICT) at New Town High School, Chris Deeley, said in a statement the course will give students the skills necessary to succeed in the 21st century.

“I see ICT as an area that is continually changing and growing, so I am very excited to be giving our students the opportunity to engage in an area which is such a large part of the digital economy,” he says.

“There is quite a buzz around school over this course and my classes are completely full. This is essentially a trial course and the school will evaluate its success at the end of the year to see if we will continue to run it.”

Josiah Humphreys, co-founder and chief executive of Appster, told StartupSmart the partnership was about fostering entrepreneurship and showing that Australian students can be “absolutely great” programmers.

“Whilst we still have a lot of great programmers we’re not recognised as one of the top countries in the world for programmers,” he says.

“At the same time maybe it helps our recruitment efforts down the line – maybe eight or 10 years from now some of them will stick with it.”

Humphreys says while there are some fantastic initiatives happening across the country, he would definitely encourage other startups to get involved in educating young people about technology.

“I think sometimes companies can be so focused on monetary goals and maybe forget the whole angle of giving back and trying to help the industry that we’re a part of,” he says.

“Anything we can do to help the industry is going to – in some way – help us anyway. Even just from a brand perspective to say, ‘Hey we’re not just here to make money.’ To me, there’s nothing bad that can come from it.”

Appster opened its American headquarters around five months ago and its target revenue for the end of 2015 is $25 million.

“We’re also aiming for 300 [people] as a head count – but obviously this depends on our growth trajectory,” he says.

“But we are on target with our annual operating plan. So some big numbers to target… for 2018 we’re aiming for $100 million in revenue. And I’m pretty damn confident we’re going to hit that.”