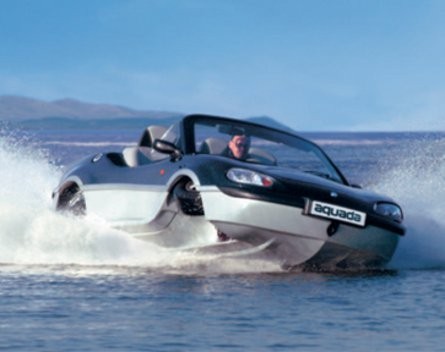 Sprawl, traffic, gridlock and pollution are major headaches for anyone living or working in our major cities. Now one Gold Coast resident has a possible solution that just might float.

Businessman Alex Fleri has recently been in talks with the Gold Coast City Council that would see a number of “water cars” imported from the UK.

The amphibious vehicles can be used as a regular car on land, but because they feature a watertight hull, can also be used as a small motorboat on the water.

Fleri hopes to import up to 50 of the cars as a tourist-friendly taxi service for the Gold Coast. His eventual goal is to see the vehicles become as iconic as the gondolas of Venice.

Can you think of any other possible solutions to our traffic dilemma? Would a similar service work well elsewhere?