Are you a start-up or a small business? New report defines the difference 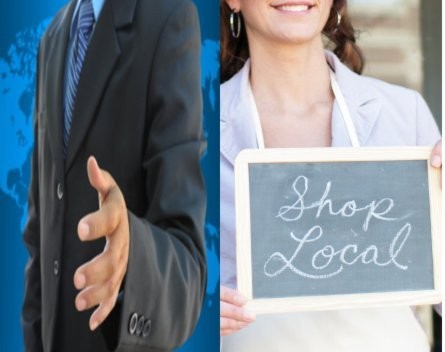 Entrepreneurs and governments must make the distinction between innovation-driven enterprises and small or medium businesses, according to a new report by the Kauffman Foundation.

An IDE is defined as an enterprise that pursues global opportunities based on introducing consumers to new innovations that have a clear competitive advantage and high growth potential.

An SME, meanwhile, is defined as an enterprise that serves local markets with traditional, well-understood business ideas and limited competitive advantage.

According to the report, it is important for entrepreneurs to make the distinction between the two for the sake of their businesses, particularly if it is a family business.

“We do not believe that SME businesses have no chance of becoming IDEs, but that such a shift requires a clear-sighted analysis of current (and future) competitive advantage and plausible regional and global market opportunities, and a match between the current team and employees and the needs of the future IDE business,” it said.

“One particular tension that can arise in succession planning in multigenerational family businesses is the difference in vision from one generation to the next.

“Perhaps the first generation was satisfied with an SME that provided for the family and successfully ensured a high a standard of living for the next generation and extended family.

“However, the new generation might have global ambitions to create an IDE that would at once require taking on more risk, more external capital and new employees.”

Governments must also make the IDE-SME distinction, the report said.

“As a result, policies frequently ‘lump’ both sorts of entrepreneurs together, even though their needs are substantially different.

“From training programs and tax incentives to business accelerators and mentoring activities, entrepreneurial support programs must be designed differently for IDE-building entrepreneurs than for SME entrepreneurs.

“There needs to be two separate support structures for these two types that have different support personnel and different programs.”

The report said organisations that combined SME and IDE entrepreneurship tend to allocate proportionally more resources to SMEs at the expense of IDEs.

“IDE entrepreneurship… can be slower to produce desirable results and often requires a range of stakeholders,” it said.

“Yes, IDE entrepreneurship is more challenging, but it offers much greater potential upside in the long term… IDE generates many more new jobs and more exports than SME.

“To ensure that IDE entrepreneurship has the right support structures, separate and equitable organisations will need to be set up, with different programs and mindsets.”