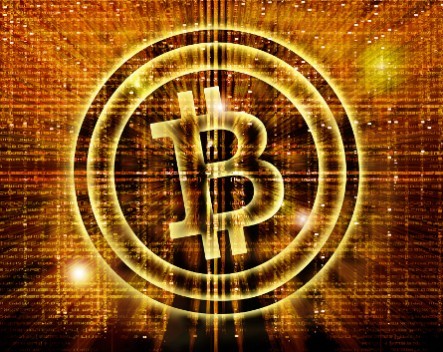 The Australian Tax Office does not consider bitcoin to be money or a foreign currency, a decision that will make it difficult for many Australian bitcoin businesses to operate and might push many of them offshore, according to McCullough Robertson senior associate Reuben Bramanathan.

The ATO released its long-awaited guidance on bitcoin on Wednesday afternoon.

The decision means the Goods and Services Tax will apply twice to some bitcoin transactions.

GST will apply to both the goods and services being supplied, and to the ‘supply’ of bitcoins as payment.

Bitcoin exchanges will have to charge GST on the full value of the bitcoins they supply to Australian residents, not just on the commission they make.

“The ATO view means that GST applies to transactions which, economically, GST is not intended to apply to,” Bramanathan says.

“It results in a windfall gain to Commonwealth revenue, which is levied upon innovative Australian startups and technology businesses. These businesses need incentives and support, and certainly not tax treatment that puts them at a significant disadvantage.”

“The digital currency industry in Australia is a hotbed of innovation and entrepreneurship and has the potential to make the country a regional, if not global leader in financial services.

“This potential could easily be undermined by an uncompetitive and unworkable tax regime that sends the industry offshore to other countries such as Singapore and Hong Kong, where of course Australian GST does not apply.”

Digital currency lawyer at Adroit Lawyers, Amor Sexton says the ATO’s position will make it difficult for small businesses who want to accept payment in bitcoin to reduce their transaction costs.

“The ATO’s application of double GST to a bitcoin transaction introduces a level of complexity and impracticality that negates the benefits of using bitcoin,” she says.

She went on to praise the ATO for consulting the bitcoin industry and inviting submissions on the issue from accounting and legal firms.

“This level of consultation and engagement shows that digital currencies are firmly on the government’s agenda,” she says.

“It highlights the fact that even if bitcoin is not being treated as money at present, it so closely resembles money, that the issue of its characterisation required significant thought.

“This suggests that as bitcoin adoption rates increase and it is used more widely as a currency, the ATO’s stance may change.”

Alan Tsen, a former tax advisor who now runs a startup and provides advisory services on regulatory issues and cross-border transactions, says GST treatment around bitcoin was the biggest concern for businesses and they’ll be disappointed with the decision.

Tsen says overall the ATO has taken a very progressive view on the taxation treatment of bitcoin.

“The ATO has really taken the time to understand the crypto-currency landscape and attempted to balance the actual use of bitcoin as a medium of exchange with taxation implications that follow from it being a capital gains tax asset,” he says.

Tsen and Tucker both agreed there’s a silver lining to the ATO’s guidance; specifically the confirmation that it will treat bitcoin as a legitimate asset for Capital Gains Tax purposes.

“This is the beginning rather than the end of discussions on this issue and the ADCCA looks forward to continuing dialogue with the ATO on how to create a taxation regime that ensures the emerging digital currency industry can thrive and prosper in Australia,” Tucker says.

“On the positive front the ATO has confirmed that bitcoin is a legitimate asset for CGT tax purposes, and is not some digital fancy.

“This also means that consumers can confidently purchase goods or services with bitcoins for personal consumption, with no adverse tax implications up to the value of $10,000.”

Tsen says that decision is great news for consumers and should facilitate the use of bitcoin for everyday transactions.