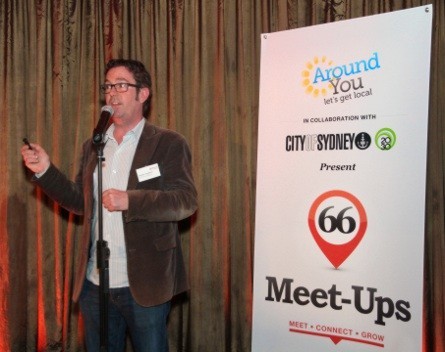 “Often creative entrepreneurs are focused on the essence of their ideas, but investors want to invest in the business on top of being attracted to the essence,” he says.

“You need to speak in the language of the investors and be able to articulate the value proposition so an investor can latch onto it.”

ATP Innovations coordinates a free monthly networking event in Sydney called 66 Meet-ups. The event, to be held on July 18, has been designed around this challenge.

“It’s about how to get your business to the next level. There are plenty of opportunities for those developing software and apps, but we saw a gap in the market for those coming from more creative backgrounds,” Hawthorn says.

“Turning the creative process into a scalable business requires you to think about manufacturing and getting funding to scale up.”

Alan Crabbe, co-founder of crowdfunding platform Pozible, and Anna Lise De Lorenzo, creative entrepreneur connector and director of &Company, will speak at the meet-up. De Lorenzo recently ran a campaign on Pozible to fund a new centre for art and design entrepreneurs.

Hawthorn says the entrepreneurial ecosystem was increasingly supportive of creative ventures and networking in the wider community was important for all start-ups.

“It’s the single most critical way to dispel your assumptions and perceptions about how to build a business, and to learn from your peers about how to avoid simple mistakes that are often terminal for the start-up company,” Hawthorn says.

The event is supported by the City of Sydney council, with Lord Mayor Clover Moore saying in a statement: “We want to give creative start-ups the support they need to take their ideas through to execution – that means affordable space to work and opportunities to link up with like-minded people.”

Hawthorn says the council’s support was a breakthrough for the community.

“The council certainly sees the importance of the creative sector, and that’s really important,” he says. “It has helped lift the veil of what entrepreneurship is all about and removes some of the perceptions, so it’s not a threatening thing to the purity of their creative ideas.”