Australia gets its own live startup show 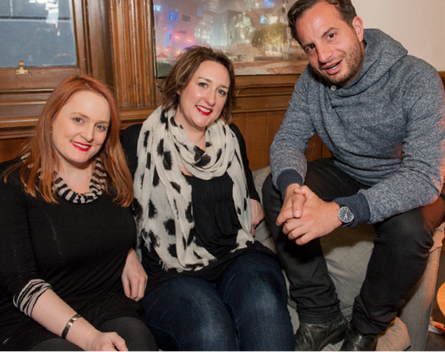 That Start Up Show, a new web series filmed live at the newly refurbished Savoy Tavern in downtown Melbourne, will focus on the fast-growing Australian entrepreneurial boom and the culture that surrounds it.

The series brings together businesses, creatives, startups, VCs, capital, incubators and entrepreneurs to the public on a six-month journey exploring the ups and downs of being a startup. The series will be filmed once a month commencing with a special launch event on Thursday 31 July.

Hosted by comedian and media tech commentator Dan Ilic, That Start Up Show has a lineup of international and Australian panellists from the startup world with news, reviews and featured companies bringing their lessons to an audience of established and prospective entrepreneurs.

The show wraps with three companies pitching live for a funding round.

The series was conceptualised and founded by media producer/lawyer Anna Reeves (LAMP) and startup communications professional Sally Gatenby, of Larkspur Communications, who both have a commitment to the entrepreneurial space and the growth of Australia’s startup and creative communities.

“How do we encourage the startup founders of tomorrow? There’s so many accelerators and incubators growing and nurturing exceptional Australian talent, but not everyone’s aware of how vibrant it is, or the issues that startups face. We’re bringing the excitement and hard graft of being a startup to a larger audience. ”

That Start Up Show aims to unite the startup community, with the aim of making Melbourne another destination startup city in the southern hemisphere.

The line-up of guests for That Startup Show is yet to be announced, but a special appearance by Silicon Valley tech commentator Rambotia Jones has been confirmed, with more international guests arriving for the six-month season.

StartupSmart is a media partner.