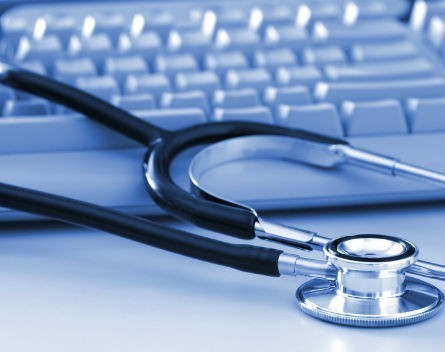 Australia is about to see the launch of an equity crowdfunding platform aimed specifically at the health-tech sector, inspired by the growth in popularity of health-tech meetup groups.

As StartupSmart has previously reported, meetup groups in both Melbourne and Brisbane are booming in terms of attendances, while Queensland-based incubator ilab has recently hosted Australia’s first Startup Weekend for health. Meanwhile, Innovyz in Adelaide and STC in Melbourne recently closed applications for their health tech accelerator programs.

“We went to a health-tech meetup in Melbourne in late October and their vibe was incredible. There’s a lot of people willing to collaborate – and the free pizza’s pretty good too,” Driscoll recalls.

“So we started the Brisbane health-tech meetup group in November and it already has 350 members. Our next meetup at Cook Medical will be our fourth, and it already has 108 people attending – that’s all the venue will hold – and there’s a waiting list. So this will be our fourth meeting and there’s been an average of around 90 to 110 attending each meeting. It’s such an innovative and exciting space.

“The health-tech meetup groups are doing something really innovative and unique. There’s a lot of people doing things for other’s benefit and generating some interesting IP on the side. But there’s a real funding gap.

“So a lot of businesses have a common issue with funding, and there’s no platform for the health-tech space. There’s nothing to link health, medical and pharma researchers, on the one hand, with funders, incubators and corporates.”

According to Driscoll, it’s a role the Healthfundr platform, which is currently in beta, can help to fill.

“Before they got on to the platform, we do due diligence and get them investor ready. Many people in the health-tech space are very educated from a product point-of-view, but not from a business perspective,” Driscoll says.

“We have a screening process, get them legally ready, financially ready, get them the right corporate strategy, marketing and tell them what they need to do post-investment.

“The idea is that it gives some comfort to prospective investors, who know they can compare oranges to oranges and that there’s a standard on memoranda, legals and corporate structures.”

While the platform will initially only be open to sophisticated investors, Driscoll says there’s scope to broaden that once the federal government’s equity crowdfunding reforms are legislated.

“However, unlike some other crowdfunding platforms, we’re making sure that everything is up to a standard. This is an offering dedicated to Australian health, med and pharma and if you’re looking at that niche, we’re hoping this will be your go-to platform,” he says.

Driscoll is bullish about the prospects for the Australian health-tech sector.

“In my opinion, the health-tech space is about to boom globally. It’s been getting a lot of attention by our government and governments overseas. The big players – the Googles and the Microsofts – are investing heavily in health data capture, and even Apple is positioning its watch as a health data capturing device.”

There’s more information about the Healthfundr platform on its official website, while the next Healthtech Innovation Queensland Meeting is on April 14 – full details are here.