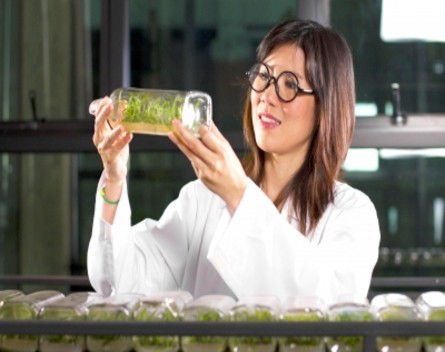 In a back shed behind a farmhouse, a practical farmer is tinkering away with some scrap sheets of metal, a drill and a soldering iron. It’s an Australian tradition that stretches back to Lance Hill of Glenunga and Gilbert Toyne of Geelong, who invented the Hill’s Hoist.

Like Howard Walter Florey in the 1930s, a university professor in a lab coat, armed with a beaker and a Bunsen burner, is precisely measuring out the active ingredient of the formula with an eye-dropper. First the eureka moment occurs – then the compound in the beaker changes colour! The solution to this chemistry puzzle is only revealed through years of experiments and painstaking research.

A young mum fills out a business registration form on the kitchen table. She has just devised a business model that could reshape an entire industry – as Janine Allis did with Boost Juice.

Meanwhile across town in a suburban garage, a couple of nerdy teenagers or university dropouts are hammering out some code on their home-built computer. The caskets of long forgotten home delivered pizzas, scrawled loose-leaf sheets and empty soft drink bottles pile up high. The lines of Modula 2, SQL queries and PHP they’re churning out have the potential to change the world, just like Bill Hewlett and Dave Packard, Nolan Bushnell and Ted Debney, Jobs and Woz or Bill Gates and Paul Allen.

While governments can give out hand-outs and subsidies, ultimately creating stable new industries that can stand on their own two feet is not the preserve of bureaucrats who have never held a job in the private sector.

And it certainly isn’t the work of politicians, who demand campaign donations from trade unions and business cartels that depend on the status quo, who will create the innovative businesses of tomorrow – no matter what their speechwriters would have them claim.

Instead, it’s the start-up entrepreneurs of the world who upset the economic status quo and launch the ventures that reshape national economies.

And whether you’re running an established business or just starting one up, it’s the start-ups that are likely to present you with dynamic new business opportunities – or reshape your industry and prove to be your fiercest rivals.

This is why Old Taskmaster says you should always pay attention to what’s happening at the grassroots of the business community: The start-up scene. It’s where your biggest opportunities – and fiercest rivals – will emerge from.