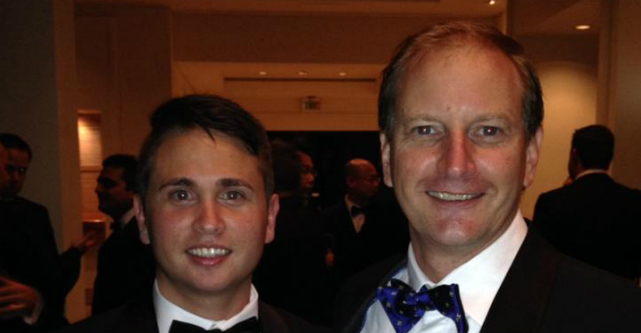 Australia’s first ever Indigenous Startup Weekend will be hosted in Brisbane this July, with hopes of increasing Indigenous entrepreneurship.

The weekend also aims to develop ways to close the employment gap between Indigenous and non-Indigenous Australians.

The weekend has been organised by Dean Foley, a business student and Kamilaroi man who grew up in the Aboriginal community in Gunnedah, NSW.

“I read a book – ‘Rich Dad Poor Dad’ by Robert Kiyosaki – and it made me think about the possibilities for myself and for the community,” Foley tells StartupSmart.

“All these things could be happening that aren’t.”

In 2014, Foley left his position in the Air Force and began to study business.

At the 2016 Health Startup Weekend, his team was awarded the Best Validation award for their Indigenous mental health app.

“After the weekend, I was wondering ‘why hasn’t anyone focused on Indigenous entrepreneurship?’” Foley says.

“I knew the Indigenous community could really benefit from learning these skills, so I formed a team.”

Wasting no time, Foley got to work, and a few months later, the Indigenous Startup Weekend was born.

Foley is excited to see what comes out of the weekend, but says he’s “not looking for the next Facebook”.

“This is all about promoting entrepreneurial development in Indigenous communities,” he says.

Foley says he hopes the event will inspire a “ripple effect” to take place across the communities and inspire further growth.

The weekend itself will operate much like a standard hackathon, and Friday night’s introduction will include a Welcome to Country and a traditional Aboriginal dance performance.

The teams will spend two days working on their ideas, and then pitch them to a judging panel on the Sunday afternoon.

Foley is seeking two more members for the judge panel, alongside a large selection of mentors lined up to help the teams.

He’s also looking for more corporate sponsorship, having lined up some prizes from Microsoft and support from professional services firm Ernst and Young.

In 2008 the Council of Australian Governments pledged to close the gap on Indigenous employment outcomes, among other things.

The goal was to halve the gap over 10 years, but Foley says things are getting worse, not better.

“They’ve spent millions and millions on programs that aren’t getting real outcomes,” he says.

Foley says he’s taking it into his own hands with this Startup Weekend, hoping to empower more Indigenous people.

“We want to give them more economic independence and make employment more sustainable,” Foley says.

“We want real outcomes at the end of this.”