Australia’s own This Week in Startups launches 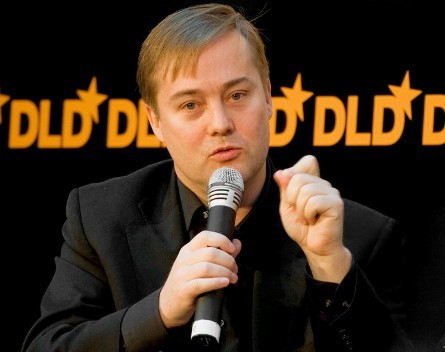 If Australia can produce three or four more Atlassians, then its startup ecosystem will start to matter on the global stage, according to US entrepreneur and angel investor Jason Calacanis.

Calacanis spoke to StartupSmart as he launched an Australian version of his popular This Week in Startups (TWIST) podcast.

This Week in Startups Australia (TWISTA), sponsored by Sydney co-working space Fishburners, will be hosted by Calacanis’ friend of 20 years, Australian inventor and entrepreneur Mark Pesce.

There will be a five episode trial of the podcast and if there’s a solid base of fans and sponsors to support it, then Calacanis will forge ahead with a second season of 12 episodes.

“Atlassian is a huge company with products that are loved on a global basis, so if we can get to three or four startups on that level in Australia then, sure, Australia will matter on the global stage,” he says.

“Given all the startup activity in the US, there simply isn’t enough time to cover what’s going on outside the US to any great extent.

“I’ve wanted to do a local version of TWIST in Australia and it made a lot of sense since I have a trusted partner there: Mark Pesce. Right now the startups in Nordic countries are also doing great (King, Skype, Minecraft, etc) China, Japan. I think Australia will be significant as well.”

“I go over there every year, and Jason’s been to Australia so it’s not invisible to him, but for most Angel investors they’re subscribed to San Francisco or Silicon Valley, and maybe if you’re lucky New York or London and maybe if you’re really lucky Hong Kong and Singapore. But the horizons are incredibly narrow,” he says.

“That’s driven up the cost of investments. And we have the reverse problem in Australia, because they don’t know what’s going on here.

“Jason is an angel investor and one of the most important angel investors in the world right now, and startups that appear on his podcasts immediately are seen as more investable.”

The support and encouragement from those he knows in the startup community has been fantastic, Pesce says, and he believes there’s a real appetite for such a podcast here in Australia.

Fishburners general manager Murray Hurps says it has the potential to be a valuable tool in educating the world about the Australian startup ecosystem.

“It’s easy for us to see the achievements and progress of the Australian startup environment, but it’s another thing to see people like Jason around the world start to get excited by it too,” he says.

“TWISTA will be invaluable in helping spread awareness of our ecosystem.”

Check out the first episode below.