Awards a friendly way to get corporates engaging with startups 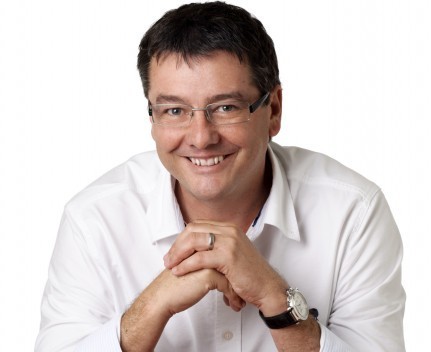 When Patrick Crooks was trying to pitch his mobile payments startup to a big bank three years ago he was “horrified” by the barriers in place and the unwillingness of  corporates to collaborate.

“I realised there was a massive cultural problem here with how to deal with startups.”

Three years on, he says things have “changed massively”, but there’s still work to be done.

That’s why Crooks, who is now CEO of Fusion Labs and a director at Fishburners, has launched the Startup Friendly Awards to showcase the corporates that are doing it right.

“It’s chalk and cheese from three years ago,” he says.

“There’s a massive willingness to engage with startups and successfully attract the talent.

“But people are still making a lot of mistakes along the way and that’s what we’re trying to solve. We want to make it more streamlined and more robust, and take out a lot of the friction.”

Focusing on openness, transparency, delivering on promises and mutual respect, the awards aim to be beneficial for both the corporates and startups – with a register also being establishing to help out the early-stage companies.

“It will be a one-stop shop for entrepreneurs to know who they can target in a corporate,” Crooks says.

Driving this sort of collaboration was a “key aim” of the $1 billion innovation statement, assistant minister for innovation Wyatt Roy says, and the awards are a “fantastic initiative”.

“I am thrilled to see industry taking up the challenge through its involvement in the Startup Friendly Awards,” Roy says.

The eight award categories will include ‘most startup friendly corporate’, ‘most open and transparent’ and ‘most respect for entrepreneurs’.

It’s an issue that StartupAUS has also signalled it will be turning its attention to next year, with efforts to bring corporates further into the innovation debate.

A recent report from the peak startup body found an urgent need for this if Australia has any chance of transforming into an “innovation hub”.

Educating both sides of the equation

Many factors lead to startups being unable to work with corporates, Crooks says, and it’s not always the big businesses at fault.

“Startups were to blame as well, myself included,” he says.

“Even at the simplest level you’d have startups that would discount their products to try to get into the company, not understanding that a bank values sustainability over the immediate price.”

If startups can’t sell their products to businesses, many will be forced to relocate overseas, he says.

“A lot of our best international success stories are B2B,” Crooks says.

“They rely on being able to sell into organisations to succeed.

“In those days there was a fear or naivety about dealing with startups, so they found it easier to go overseas and sell into Europe or the US. We were losing a lot of talent by people not being able to sell into their local companies.

“That still exists but there’s been absolutely tremendous progress over the last three years.”

Fusion Labs is now taking candidates for contestants, sponsors, judges and commentators. Nominations will be open in early 2016 and the awards will take place mid-way through next year.

While final location hasn’t been chosen yet, Crooks says the focus will be squarely on corporates and startups around the whole country.

“It can’t just be for a state – you have to make things national,” he says.