Barriers are imaginary: A lesson from my childhood 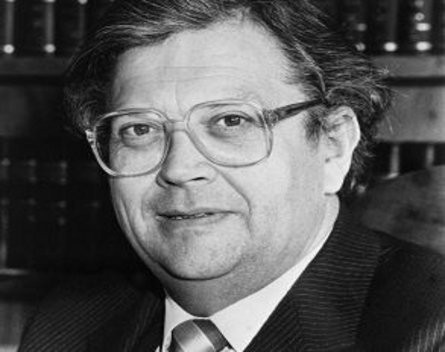 In my second week of high school, our teacher set us an assignment for our social studies program: what career did we want to follow? We had to interview someone in that profession, asking them a set list of questions such as, ‘What did you study at school to become

As a 13-year-old New Zealander, I wanted to become prime minister, and was surprised that no one else wanted to be PM too. It was obviously the top job; didn’t everyone want to make it to the top?

So I skipped up to my school office and looked up David Lange’s office in the phone book. (Lange had been prime minister the previous year, and I greatly admired him.) A friendly woman answered, and I explained I was a Year 7 student at Wellington Girls’ College who needed to set up an interview with Mr Lange for my school project. She explained the protocol: write a letter saying who I was, what the interview was for, what questions I’d ask and how long I’d need, then send it to the office for review. I wrote my letter and posted it that afternoon.

A week later, I called back. The same secretary answered the phone, and I asked if she’d received my letter. She assured me that she had and could schedule me in for an interview next Tuesday at 2pm. That, I felt, was pretty good: an interview with the former PM for my first high school project. I was sure my teacher would be impressed.

She didn’t believe my story. She called me a liar in front of the whole class – a deceitful child who had concocted a fanciful story to get out of class. I was humiliated and confused. Why didn’t she believe me? What was the big deal? It was so easy to secure the meeting; I didn’t do anything extraordinary.

Later that week, Lange’s office called my school. There had been changes to his schedule, and they needed to move my interview time. My teacher apologised profusely.

When I met David Lange, he was relaxed and charming. He sat at one end of a huge wooden desk covered in piles of papers with his hands behind his head, his feet up on the desk, a wide smile and a booming laugh. He made jokes as I asked my list of ridiculous questions about the subjects he studied at school to become a prime minister – my interview was clearly the highlight of his day. At the end, he told me he thought I’d make a fantastic prime minister and that I should keep up the good work.

The school made such a big deal out of my interview that I was embarrassed. The headmistress called me up in assembly and announced my accomplishment. I also scored an A+ for my project.

I was surprised when my teacher didn’t believe that I’d set up the interview and when my headmistress thought it was an amazing accomplishment. It was simple. They assumed there would be huge barriers, but there were none. The barriers existed in their imaginations.

When I was 19, I decided to create a concert in my hometown of Wellington to raise awareness of youth suicide. A friend who worked at the local student radio station had Neil Finn’s home phone number. I called him, he answered the phone, and I shared with him my vision for the event. A few days later, he agreed to play. When I first launched Posse for music, I managed to sign up Ticketmaster as a client before we’d built a product or raised any money.

When I first launched Posse, we were struggling to build a technology team. I approached Lars Rasmussen at a lunch break at Tech 23, shared my vision for Posse, my challenges as a non-tech founder, and asked if he’d help me. He agreed to meet for coffee, interview my existing team, and then help me recruit new people – before joining the board and investing in the company.

One of the key components to the success of Posse has been our capacity to enlist the help of some of the best people in the world. When I share the Posse story and our list of investors, directors and mentors, I’m asked how we developed those relationships.

You can reach almost anyone in the world by picking up the phone.