BBC to give away computers to get kids to code: could it work here? 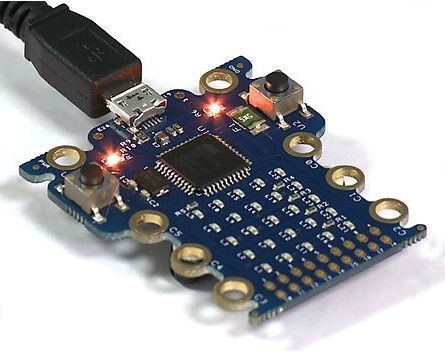 The BBC is set to give away a million Raspberry Pi-style computers to British school students to encourage children to take up coding.

The BBC reports the program will see the British national broadcaster hand out the small computers, known as Micro Bits, in a bid to replicate the success of the BBC Micro B computer in the early 1980s in teaching kids how to code.

The program aims to fill a skills shortage that will see the UK need to find an additional 1.4 million digital professionals over the coming years. A number of leading tech giants including ARM, Microsoft and Samsung are also involved.

Microbric managing director Brenton O’Brien told StartupSmart the Micro Bits program is “a fantastic initiative” that should be replicated in Australia.

Late last year, South Australian-based Microbric smashed a crowdfunding target for its Edison Lego-compatible robots, which it began shipping in the lead-up to Christmas.

“There’s no doubt there’s a lot more demand for people with programming skills not just now but into the future, so it’s a fantastic program. The problem with getting tech into schools has always been affordability. Companies supporting an initiative like this can remove the cost burden from schools and increase the uptake,” O’Brien says.

“If you look at the names supporting this, it’s pure capitalism. The companies see that they will need tech workers in the future, and governments aren’t doing what they’re supposed to.

“Just this past week, [Federal Education Minister] Christopher Pyne was talking about scaling back the tech curriculum because it’s ‘too hard’ for teachers. The thought that someone would question the need for tech education in this day and age is absolutely absurd. So it’s great to see the sponsors putting their money where their mouth is.

“It would be an absolutely fantastic thing to see Australian school kids exposed en masse to tech in a similar way. Coding is the new literacy… Their ability to make computers do what they want them to do is vital to the future of the economy.”

However, Macquarie University’s Professor Michael Heimlich warns that while programs such as Micro Bits are well intentioned, they “don’t tell the full story to kids”.

“I don’t want to dissuade people from putting tech into the classroom, but you need to make the connection about how kids are going to make a career out of STEM. Otherwise it will be something they leave behind in junior high school,” Heimlich says.

Heimlich is helping to organise the FIRST Robotics Competition (FRC) Australia Regional Event, a competition aimed at high school students, which runs at the Sydney Olympic Sports Centre on March 13 and 14.

“FRC is quite unique because, if you look at the surface, it’s a robotics competition. But what makes it unique is that it works a little like a startup incubator. So the program rewards things like going out to the community to raise money for their team, getting mentors, social media, website development and gaining skills.

Heimlich says that along with raising STEM skills, it fulfils the important role of educating kids about STEM careers.

“It’s really not a long step from a first-world to a third-world country. Just think about having a power grid that’s maintained, clean drinking water and trains that run reliably. When people tend to focus on the glitz and glam of the iPhone and Mars – even without an Australian Silicon Valley or space program – STEM has a big impact on the economy. Being a first-world country is underpinned by engineering,” he says.