Being born to succeed is not the only path to success 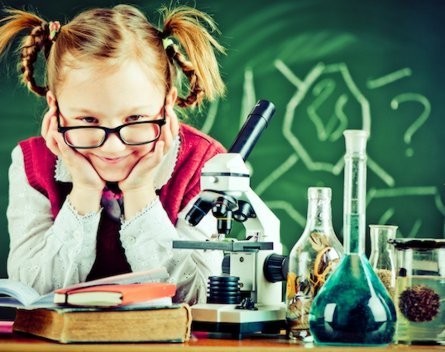 We’ve all read the story about the born entrepreneur.

They are the super successful who showed signs of their future business brilliance early in life.

They were launching lemonade stands by the age of three and flogging their playlunch in grade two for six times its market value.

It might be the story of Warren Buffett or Donald Trump or Richard Branson. When you read about them it seems pretty clear they were always going to be super entrepreneurs.

They are the commercial equivalent of the classical composer who was writing symphonies at the piano by the age of five.

While those kinds of stories can be inspiring, I think they can also be quite intimidating because they inevitably lead to comparisons.

You read about how Warren Buffett was re-balancing his portfolio at his best friend’s ninth birthday party and you think back to yourself at the age of nine.

About the only thing I was re-balancing was the seesaw at the local park.

So, what’s the logical conclusion?

That if you weren’t executing complex arbitrage deals over footy cards in the playground back in grade four, you probably aren’t made from the right entrepreneurial stuff.

Well, I think you need to be really careful about reading too much into those kinds of stories.

Firstly, how do you know if they are completely accurate and not an attempt by the entrepreneur to sharpen their own media image?

Secondly, how do you know that the people writing their biographies are not seeing what they want to see about their subjects’ early years?

If I ended up becoming a middle-aged Hollywood leading man (unlikely!), I’m sure some biographer could point to some amazing performance of mine as a talking tree in a school play in grade four.

Everything is there if you’re looking for it.

But the bigger point is that it’s a massive mistake and also incredibly limiting to define ourselves by our past, and particularly early, experiences.

If you happened to be a serial entrepreneur by the age of 10, then that’s all well and good. But equally if you weren’t, that doesn’t mean that you can’t become one today.

Be the story about the person who later in life decided to become an entrepreneur and did so with outrageous success.

Someone I have always admired is the late Izzy Asper, the Canadian media proprietor. He was a successful lawyer, academic and politician during the first half of his life. He was certainly no under-achiever.

But then in his early 40s, he moved into the media, acquiring a number of media companies around the globe, including our own Channel 10.

He was certainly a late bloomer when it came to being an entrepreneur, but it shows that you don’t have to have completed your first hostile takeover at age 19 to be successful in business.