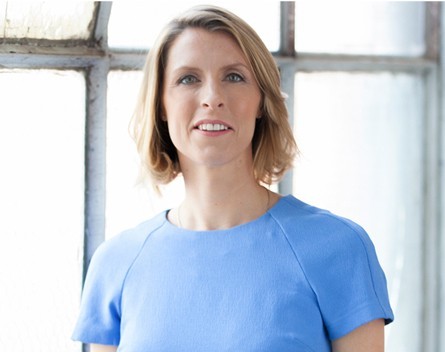 This year will see Startup Victoria expand its offering to encourage and help Victorians embark on a startup journey and ensure there are tangible results from the large amount of money that is being poured into the community.

The non-profit organisation’s board recently expanded to five, with Bellabox co-founder and CEO Sarah Hamilton joining.

The group’s primary role is to help founders through the startup journey and educate the community about the challenges and opportunities, Hamilton tells StartupSmart.

“It’s about encouraging people to take that leap into the startup world and trying to educate and help them,” she says.

“We want to foster that conversation a lot more and try to make people more aware of Startup Victoria and how we can help.

“We want to look at every segment of society and how we can help them get involved. We’ll be broader in our approach.”

A focus on diversity

This will include a strong emphasis on improving diversity in the tech and startup communities, in terms of age and gender, Hamilton says.

“I’ve been involved with the female founders arm of Startup Victoria and it’s been great to meet a really passionate community,” she says.

“I never knew I was a ‘female founder’ until people started talking about it – I had never had that discrimination against me.

“It’s about helping people recognise the differences, admit where there are challenges, help to alleviate those concerns and show the people that have already overcome them.

When Hamilton launched Bellabox in Victoria with her twin sister in 2011 the local startup community was still largely “underground”.

Four years later it’s now at the centre of public debate in both state and federal politics.

The co-founder and CEO of the beauty subscription service says the startup ecosystem in Victoria and across Australia has developed rapidly to the point of being almost unrecognisable from only a few years ago.

“When we started Bellabox the community in Victoria and Australia wasn’t that robust,” Hamilton says.

“It was a little more underground. I had come from the US where it was so exciting and it was cool to be associated with a startup. In Australia it was a little bit different.

“We’ve always had a lot of entrepreneurs and startups but they weren’t celebrated in the same way.

The burgeoning community helped Hamilton and her team develop Bellabox into a fast-growing global startup and now she wants to pay it forward through coming on board with Startup Victoria.

“After four years I want to give back to that community,” she says.

A big part of her involvement will be passing on the lessons and knowledge acquired from her experiences growing Bellabox from the ground up.

“We started from nothing,” Hamilton says. “We were self-funded for our first year of life.

“I’ve learned so much – we’ve made some great decisions and some not so great decisions. I want to educate people about how to get into this startup journey and to be that helping hand.”

A focus on results not cash

The Victoria startup community has been buoyed recently by the state government’s newfound focus on the sector, seen through enticing a number of large international companies to set up Asia headquarters in Melbourne, and the establishment of an independent body to deploy the $60 million innovation fund.

But Hamilton says it’s crucial to ensure that these actions have some productive results.

“There’s a worry when there’s a flood of money from government into topical areas, and you need to make sure there are tangible outcomes,” she says.

“There’s no point in seeking funding just because we’ve got a great name. It’s important to show the outcomes that are from working with Startup Victoria. There’s a lot of money running around but we’re 100% about tangible outcomes.

“We’d love for Victoria to be the startup capital of Australia.”