Best of the Web reads: Ban Ki-moon’s big idea for 2014 and an obituary for the letter E 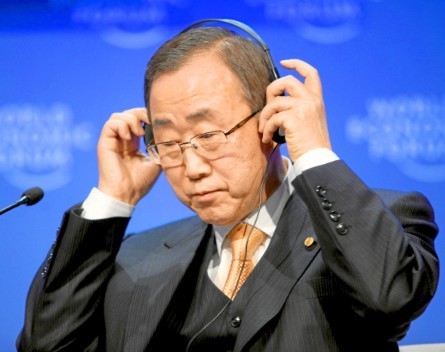 Big idea for 2014: What will be the big idea to shape 2014? For United Nations Secretary-General Ban Ki-moon, it is action on climate change. He describes climate change as the greatest collective challenge facing humankind and argues that private investment, encouraged by governments, is needed to help reduce carbon emissions.

Farewell to the letter E: The letter E has died, according to Wired. What killed it? Technology companies, it says, that have taken to dropping the E in their names, citing as proof such well-known applications Flickr and Tumblr. Want to see your start-up succeed? Drop the E from the name and see its valuation surge.

Scotland and single malt: Single malt whiskey is undeniably associated with Scotland. This article in The Spectator describes the product of any of Scotland’s distilleries as so intimate with its surroundings that it gives a sense of actually drinking the country. It’s a love letter to the drink while also a warning of the ramifications of its excesses.

Dame Edna bows out: Barry Humphries is on a farewell tour and taking his beloved characters, Dame Edna and Sir Les Paterson, on a final theatre outing. He’s currently performing in the UK where his show is receiving rave reviews, including this one in The New Yorker from a long-time fan who salutes him.