Best of the web: Supermarket monsters; How Facebook sold you krill oil; Eight days in meltdown 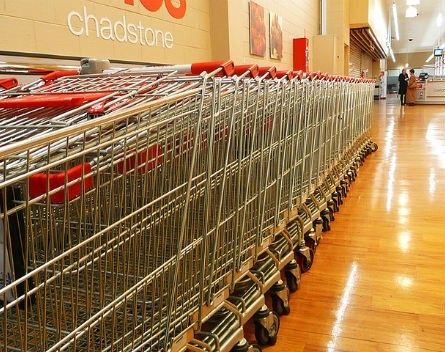 Monstering the little guy: Malcolm Knox investigates the impact of Coles and Woolworths’ domination in ‘Supermarket Monsters’ in The Monthly. Knox speaks to producers and small grocers who admit, “We win battles … but we’re losing the war.”

Knox says the small guys can win through the quality of their produce and service, but they are losing behind the scenes, in the farms and the fields, where their supermarket rivals are cutting down their supply options and changing the way Australian food is produced.

“When people go into Woolworths and get milk for a dollar, they should also be asking, ‘What’s the cost of this cheaper thing to the greater economy and its sustainability?’ What are they really paying, behind that one dollar? That is a very expensive cheap product.”

In for the krill: In The New York Times, Vinda Goel has dissected an advertising campaign by US company MegaRed on Facebook. In ‘How Facebook Sold You Krill Oil’,

Goel says Facebook promises to do something television ads cannot.

“Using sophisticated analytics, [Facebook] could help him find people who were already buying fish oil or other products that suggested they were concerned about the health of their hearts, and perhaps persuade them to switch to his brand,” he writes.

When the campaign was completed at the end of December, it was clear that it had failed on one goal: it had fallen well short of the 100,000 fans MegaRed wanted to add to its Facebook page.

But during the eight-week campaign, 18.1 million women aged 45 and up saw at least one ad, and on the most crucial measure — sales of krill oil — the campaign generated about twice as much revenue as was spent on the ads.

“We need to be where the consumer is,” he said. “And if on top of that, I get a bigger return on my investment, that’s even better.”

Slice of finance history: The New Yorker has made all of its magazine articles since 2007 freely available online for three months. After that time, everything will go behind a metered paywall. So what should you read in the meantime? How about ‘Eight Days: The Battle to Save the American Financial System’, a story published in 2009 and written by James B. Stewart?

Stewart recounts the closed-door dealings that went down after Lehman Brothers imploded.

He describes it as “the most important week in American financial history since the Great Depression”.