Board band: Surfing the wave of disruption 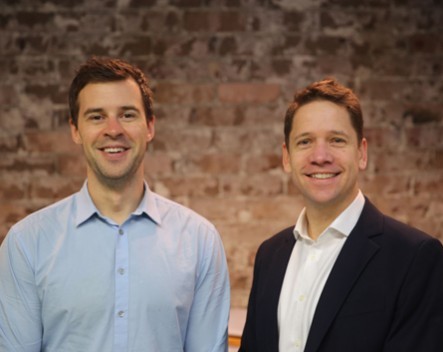 A Sydney startup that wants to disrupt the sports equipment industry has launched its first product: an Internet of Things connected surfboard made through 3D printing.

Disrupt Surfing has launched its first product, the SmartSurf, in a beta phase and has grand plans for hundreds of other connected items of sports equipment.

The idea came from when co-founder and CEO Gary Elphick bought a new surfboard and was dismayed to find out that three of his friends had the exact same board.

“We’re forced to go into a shop and buy mass-produced equipment, and then there’s nothing worse than seeing that you’ve got the same gear as everyone else,” Elphick says.

It’s also a matter of disrupting the sports manufacturing process, which he says is “broken”.

“The designer will design something, the manufacturer will then got to a country wholesaler, then another wholesaler and then to retail, with mark-ups along the way,” Elphick says.

“You’re buying mass-produced equipment that takes 18 months to get to market that’s super expensive and doesn’t do anything for you as an individual.”

The Bondi-based startup utilises 3D printing throughout the manufacturing process to reduce costs and time. With developments in the technology, the startup says it will eventually be able to produce equipment solely through 3D printing.

It can currently deliver a fully customised surfboard within a month, but aims to be able to deliver in under a week eventually.

Through the Disrupt Surfing website, users can design their own surfboard, from either a standard mould, algorithm recommendation or from scratch.

“It’s the same material and it’s the same quality, but you become the designer,” Elphick says.

“It’s about enablement and empowerment for the user.”

Users can also upload their own images and graphics to put on the boards, and the startup is trialling partnerships with local artists and bigger brands. Buyers are able to keep track of their order throughout the entire manufacturing process, and are sent progress pictures.

“It means they feel more a part of the manufacturing process,” Elphick says.

“There’s an element of bragging to it now, of saying, ‘I designed mine from scratch’.”

The SmartSurf boards are connected through an embedded microchip, allowing users to record each wave they ride, and through an app, they can simply touch their phone to the board to see its history, photos of its manufacturing process and other statistics.

Elphick says the team is also looking to soon at more connected features to the boards, like GPS-tracking and a gyro accelerator to meet the demands of consumers.

“We’re aiming to be really customer-focused as opposed to being equipment-focused,” he says.

“The people are the designer as opposed to just buying stuff from the store that everyone else has.”

Disrupt Surfing has already sold over 1500 boards for customers in Australia and Asia, and following the beta launch is looking to rapidly expand operations.

The startup took part in the Muru-D accelerator’s second batch earlier this year, receiving $40,000 funding in exchange for 6% equity.

The company has also brought two angel investors on board, and is currently in the midst of a funding round, which will be used to ramp things up next year.

“We’ve proven that there is a market for our products, and now we’re going to go heavy at pushing into the US and brining our other product ranges out,” Elphick says.