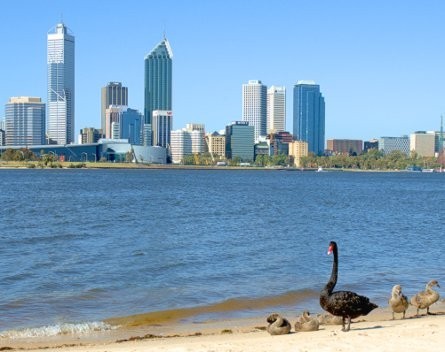 The report and accompanying infographic has been released by big data and behaviour analytics start-up Boundlss.

Co-working space SpaceCubed is credited with playing a “vital role” in connecting the community, with over 150 events, 10,000 visits and 30% of tech groups meeting in the space.

“The last year or two it’s really picked up with a lot of extra activities,” he says.

“The number of tech meet-up groups boomed, we’ve got tonnes of start-up grass roots activity happening, more than ever before,” Cacioppe says.

“We’re just at the cusp. We’re like a baby that’s about to start standing soon. But what we do need is more access to money. Getting from the stage of mates working on an idea to being a funded company is still a tricky path in Perth.”

The report found while private and venture capital investment lags behind the national average, it is taking off, largely led by federal government initiatives Commercialisation Australia and the Innovation Investment Fund.

“We discovered Commercialisation Australia’s investment is pretty important, and that was really surprising. Without them, there wouldn’t be much cash flowing into the start-up space,” Cacioppe says, adding there is huge potential for new investment.

“There is a lot of cash in Perth because of mining, as well as a speculative culture. But getting that money to move into the start-up group is still hard.”

Several initiatives were credited as key organisations, including Startup Weekend, the Perth chapter of the Founder Institute, and the OzApp Awards.

Despite the community still needing to look to Australia’s east coast for funding, Cacioppe says the success of Perth groups like Canva have helped spur the community on.

“No one has exited yet, but we’ve got some really healthy valuations and raises in the last year or so,” Caicoppe says. “But the community has really galvanised with a little bit of sponsorship and support, and we’re going to keep growing.”