Brisbane accelerator program to give help and $20,000 to five startups 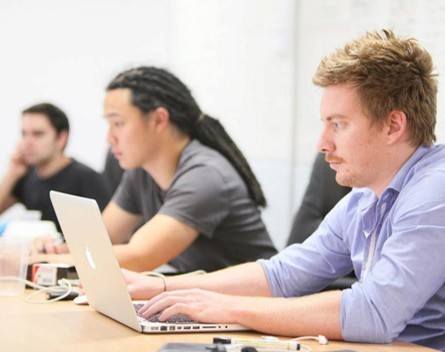 River City Labs is partnering with muru-D to launch its first accelerator program, and there’s $20,000 on offer for five Brisbane startups.

Kicking off in September, the accelerator program will offer a combination of seed funding, co-working space, mentoring, training and access to global networks.

Five tech startups will be selected to take part in the program, with each receiving $20,000 in funding in exchange for 3% equity.

The program will be a partnership between the startup hub and muru-D, a Telstra-backed global accelerator, with each contributing half of the funding.

“It allows us to tap into their experience and resources that they’ve already established,” Ellis says.

“We’re working alongside a company that’s done this before, and we have our local expertise and established community in Brisbane.”

On the hunt for early-stage tech startups

It’s the first time the River City Labs has run a program like this, and they’re on the hunt for digital-based startups that are less than two years old.

“We’re looking for startups past that ideas stage, that are looking to accelerate through mentoring and to scale globally,” Ellis says.

“The teams need to have a good structure internally and be 100% committed to their ideas.

“They need to be willing to go through the process and get mentoring, and be prepared to move and pivot, if need be, to enable the company to grow.”

Co-founder of Silicon Lakes and investor in 14 startups Aaron Birkby will be an entrepreneur-in-residence during the program.

He hopes it will showcase the talent on offer in Brisbane to the world.

“River City Labs’ partnership with muru-D is a major win for local startups and a great endorsement of our growing ecosystem,” Birkby says.

“We’re looking forward to uncovering some world-class talent and finding the very best digital startups to fast-track through this intensive program.”

A chance for regional Queensland

In the lead up to the accelerator, River City Labs will be hosting roadshows in regional Queensland to encourage entrepreneurs that aren’t based in Brisbane to apply.

They will eventually look to run the program twice a year, Ellis says, and hope it will encourage budding entrepreneurs in Queensland and Australia to truly engage with the startup world and turn their ideas into commercial businesses.

“We need more people backing themselves and giving their ideas a go,” she says.

“It’s not about the amount of programs, it’s about people being willing to commit to ideas and give 100%.”

Applications for the River City Labs accelerator program are open now, and will close on 31 August.