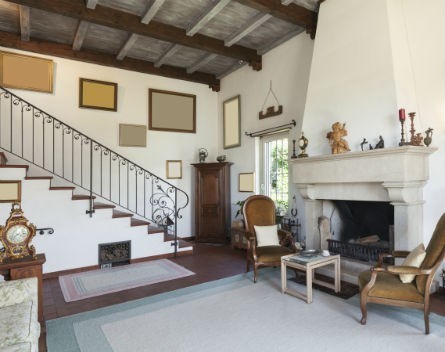 A Brisbane-based entrepreneur is aiming to redefine the venue hire industry in Australia by giving it the peer-to-peer economy treatment.

Use Our Place is a community marketplace connecting owners of unique spaces and people who are looking to put on an event.

The events can range from weddings, photo-shoots and corporate launches, and venues include farmhouses, studios, and even laneways.

The startup launched in a proof-of-concept phase this month, and co-founder Paul Carr says it’s had a positive reaction from the industry so far.

“It’s really exciting that we’ve been getting interest from industry folk as well,” Carr says. “They’re really excited about having this platform. It’s a big scrapbook where they can view listings.”

Through the platform, users can browse listings of potential locations and receive quotes from the hosts. Payment is then withheld until after the event has happened.

“It’s more affordable, and it’ll be even more so in the coming months,” he says.

Density is the key

The biggest challenge is getting enough hosts and users signed up to ensure there is the range and diversity that’s required for a startup like this to be successful, Carr says.

“We have to get that density, if we don’t have that then there’s no use to them,” he says. “We need massive saturation, having choice is the key.”

To try to get the potential hosts on board, the Use Our Place team has been reaching out to new clients and ensuring the options are there when it fully launches.

“Google is our best friend,” Carr says. “But we want it to be mainly peer-to-peer, a sharing economy.”

The idea first came to Carr at the end of last year when he saw the money that was on offer for venues that hire out for events as a secondary income source.

He toyed with the idea of buying a property and listing it on Airbnb during the week and hosting events on the weekend, but his mentor, Rapid Growth Group co-founder Adrian Brown, had a different idea.

“He pointed out that if people are doing this, why don’t we do an Airbnb for events and create the marketplace,” Carr says.

“It’s a lot more scalable that way. That’s why he’s my mentor.”

On nearly the same day that Use Our Place launched, a very similar Tel Aviv-based platform was also launched. Splacer is a marketplace for listing and renting out event spaces. It announced a $1.4 million seed funding raise. A beta-version of the product is now available in New York City.

While admitting to being put off initially, Carr says he thinks of this as a positive now.

“But this is a good thing, there are a lot of smart people investing, and showing what our company is potentially valued at if we can smash the concept in Australia.”

“We’ve turned that into a positive, the industry is ready for something like this,” he says.

Carr partnered with Rapid Growth Group to develop the startup, receiving funding, staff and resources from the group.