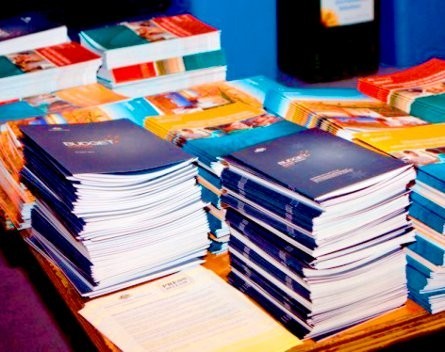 A reduction in the company tax rate, help with costs of starting a business, and the ability to write off every asset that costs less than $20,000, are among the positives for startups in the 2015 Federal Budget.

Startups will be able to immediately deduct professional expenses incurred when starting a business. This includes things like the legal expenses incurred when establishing a company, trust or partnership, rather than writing them off over five years. Startups will also be able to get an immediate tax deduction for any assets purchased that cost less than $20,000, from budget night until the end of June 2017. The $20,000 limit applies to each individual item and startups may apply that rule to as many individual assets as they wish. Previously the threshold was $1,000.

Most small capital purchases will be eligible for the new threshold, with the exception of assets that have specific depreciation rules, such as in-house software .

The government will also develop a single website for all aspects of business registration, including company registration, with the intent of making the process much easier.

The company tax rate for incorporated businesses with an annual turnover of less than $2 million will be reduced from 30% to 28.5% at a cost to the budget of $1.5 billion over the next four years.  Unincorporated businesses  with annual turnover less than $2 million will receive a 5% tax discount, capped at $1000 per individual in an income year, from July 1. That policy will cost the government $1.8 billion over the next four years.

Additionally startups will benefit from Capital Gains Tax rollover relief when changing their legal structures but keeping the same owners. The relief is available to startups with an annual turnover less than $2 million and will be available in the 2016-17 business year.

Those measures sit alongside crowdsourced equity funding, Fringe Benefits Tax exemptions for portable devices used for work, and an improved employee share scheme, as policies contained in this year’s budget that aim to support tech startups.

In his budget speech Treasurer Joe Hockey said through careful planning the government is successfully navigating the difficult transition from a mining investment boom, to one of broader-based growth across the economy.

“This is a Budget for small business people who want to innovate and grow,” he says.

While the measures above will be welcomed by the startup community, it’s hard not to notice what’s missing. Absent are any measures which aim to tackle the skills shortage in IT, or educate the next generation of entrepreneurs.

The best the government could muster was a promise to do more later this year, in a statement from the Minister for Industry and Science Ian Macfarlane.

“This year the government will further deliver on its national science, technology, engineering and mathematics (STEM) policy, implement new measures to boost the commercial returns from Australia’s research and establish National Science and Research Priorities,” the statement said.

The government says it will undertake a consultation on potential changes to the Corporations Act to “reduce compliance costs and make it easier for small proprietary companies to raise new capital”. This measure was not included in the budget papers.