Building an app for your business: Should you go onshore or offshore? 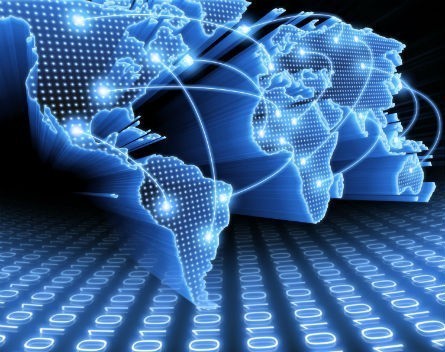 While it’s long been the norm for Australian manufacturers to offshore aspects of their business to save on costs, in recent years there has also been a strong trend for small and medium businesses to outsource their work and administration tasks overseas.

One industry that has experienced strong momentum towards offshoring is the app development industry. Most Australians cite its cheaper price tag as the biggest drawcard of offshoring app development. Labour is expensive in Australia compared to many other countries, particularly our Asian neighbours, so there are potentially significant savings to be made in designing and building app’s overseas.

Despite these benefits, the old adage of ‘you get what you pay for’ has rung true for many who have taken the path of building an app offshore. Outsourcing app development overseas means that both the technology and cultural standards that can influence aesthetics are likely to be different, possibly making the final appearance not what you’d hoped for.

Going offshore can have hidden costs

It will also take time and potentially considerable back and forth for an overseas agency to fully understand your vision, which can therefore eat into assumed savings.

Similarly, the need to spend additional dollars to fix substandard results is a common scenario. Of course errors and setbacks are also possible when engaging local developers, but communication barriers and cultural differences when dealing with an overseas developer can work to increase your chance of ending up with a poorly designed app. It can be hard enough communicating a complex or new idea to someone in the same room, let alone to people on the end of the phone or on email in another country.

The inability to easily meet in person to collaborate when engaging an offshore developer can also decrease the level of quality control you retain over your project. Hiring a local developer enables you to meet in person to brainstorm at the drop of a hat, trouble shoot and test prototypes. If you want to achieve this type of interaction with your overseas developer, you need to factor regular travel costs into your budget.

Another potential risk of offshore app development is data security. When handing over your idea and blueprints for an app, you could potentially be opening yourself up to data leaks. You are exposed to these risks when using any company, local or otherwise, but studies have found that companies who commission their work overseas are 31% more likely to experience potential data leaks or IP loss.

Explore grants and incentives available to your business

When weighing up onshore versus offshore app development, it’s worthwhile researching domestic incentive programs such as the R&D Tax Incentive for Australians making inroads into new areas, the Export Market Development Scheme and innovation vouchers. Eligibility for one or more of these schemes may result in you achieving a competitive local price.

Engaging an offshore developer can result in a brilliant app and huge cost savings, but it’s important to be aware that the challenges involved can ultimately increase costs. In order to capitalise on the pros of both onshore and offshore development, it could be worthwhile having the proof of concept or only some of the components produced overseas and then incorporated into the final product locally.

Graeme Strange, managing director of software development company Readify, says an app’s potential for success is usually not able to be gauged until the app is on the market.

“You can have a brilliant concept but in reality you won’t know if it will work until it’s on the market,” says Strange.

“A viable strategy could be to produce an MVP (minimum viable product) for your app for as little as possible solely to test the market. This will not be the final product, but if it’s successful and take up is strong, you can always engage a high quality local organisation to write it so that it has a robust, scalable and secure architecture for the future.”

The smartest thing you can do is research extensively, be informed and base your decision around what’s best for your business.

Robbie Adams is the founder and managing director of Mobilyser.

*This article originally appeared at SmartCompany.