Can the crowd revolutionise roadside assistance? Meet the start-up with the NRMA and RACV in its sights 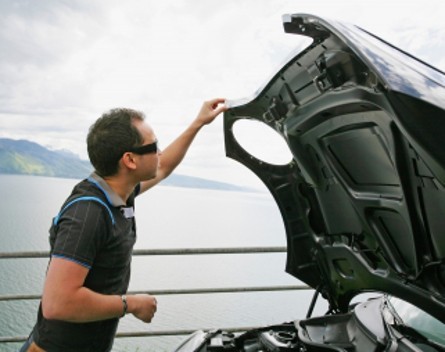 Crowdsourced roadside assistance start-up Road Angels emerged from a Startup Weekend in Melbourne six months ago, and has recently built an app they believe will change how broken down drivers get help.

The idea was born after co-founder and chief executive Marcus Wong was stranded for hours, wandering country roads looking for help before finding a helpful elderly couple who used their vehicle to jumpstart his car.

“Out of the maelstrom of frustration, gratitude, anger and happiness came an idea, and Road Angels was born,” Wong told StartupSmart.

Roadside assistance has traditionally involved significant investment in people and vehicles across extensive geographical regions. With high set-up costs and established networks such as the NRMA and RACV, Wong knew they’d have to come up with a new way of solving the problem.

“After realising that many people throughout the community possess technical and mechanical skills equivalent to, and sometimes even greater than RACV operators, we envisioned a start-up which utilised these untapped skills in order to decentralise roadside assistance, reduce wait times, reduce barriers to access and eliminate annual subscriptions altogether,” Wong says.

Wong says the companion app is just the first step, and they’ll be spending the next six months developing the main game: a guerrilla assistance community that could be the Airtasker of roadside assistance.

Road Angels will have to pass a video interview on their roadside skills. Once this test is passed they can begin offering assistance and collecting fees, from which Road Angels will take a small cut.

In preparation for launch, they’ve also begun gathering emails and already have several hundred people signed up and keen to be involved.

They hope to launch first in Victoria with 300 road angels in mid-2014.

Wong adds if they continue to gather momentum and interested people, they’ll be looking to seek investment and grow the team in 2014.